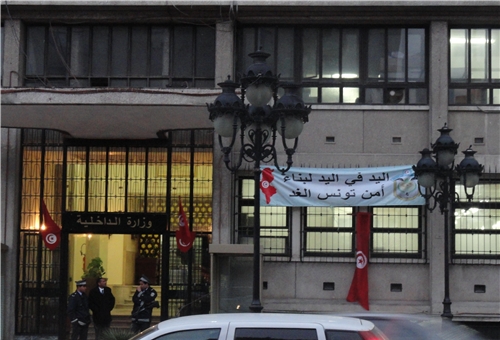 TEHRAN (FNA)- Tunisian security forces disbanded a terrorist group which recruited the country’s young people for the war on the Syrian government.

According to a report by Al-Youm al-Sabe’ news website, Tunisia’s security apparatus announced on Saturday that the country’s counter-terrorism units disbanded a terrorist group which recruited the Tunisian youth for war in Syria, and detained 21 members of the group, including a foreigner.

The detainees have confessed that they transferred the Tunisian youth to the Libyan camps supervised by extremist groups for military training, a statement by Tunisia’s security apparatus said.

In a most recent case, several terrorists from Saudi Arabia, Jordan and Tunisia were killed in the army operations in different parts of Syria late in August.

Ringleaders of the terrorist group of Liwa al-Tawhid Brigade, including Tunisian, Jordanian and Saudi extremists, were killed in outskirts of Dara’a at the time.

Also in December, a Tunisian newspaper revealed that an organized terrorist network in Tunisia recruits and dispatches young people to Syria via Turkey after training and mobilizing them, adding that the Tunisian government is fully aware of the crime.

According to a report by the internet-edition of Tunisian al-Jaridah daily, the family of Omayah bin Mohammad Noureddin, one of the Tunisian terrorists, had called the newspaper and revealed the details of the crime.

“It is a phenomenon which has extensively spread across Tunisia,” Noureddin’s family members said.

They said their son, 25, and a junior of history at college left home on December 12, sent to Syria via Turkey and has not returned yet.