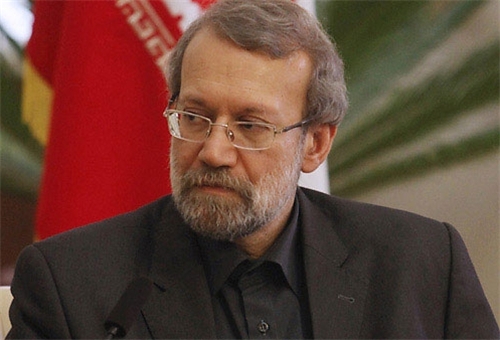 Larijani made the remarks at Tehran’s Mehrabad International Airport on Sunday and upon his return from a three-day visit to Turkmenistan.

The Iranian parliament speaker pointed to the good parliamentary relations between Iran and Turkmenistan, and said during his visit, “We talked about sensitive regional issues with Turkmen President Gurbanguly Berdimuhamedow and Turkmen parliament speaker; and we have common stances on combating terrorism …”

Larijani pointed to Syria’s developments, and said, “We discussed Syria’s issues with Turkmen officials because a group of warmongers want to create a crisis in Syria through a unilateral attempt.”

Larijani visited Turkmenistan at the invitation of his counterpart. He headed a high-ranking delegation during the visit.

Tehran and Ashgabat have had official diplomatic relations since Turkmenistan’s independence from the Soviet Union in 1991, with Iran becoming the first nation to recognize Turkmenistan as an independent country.