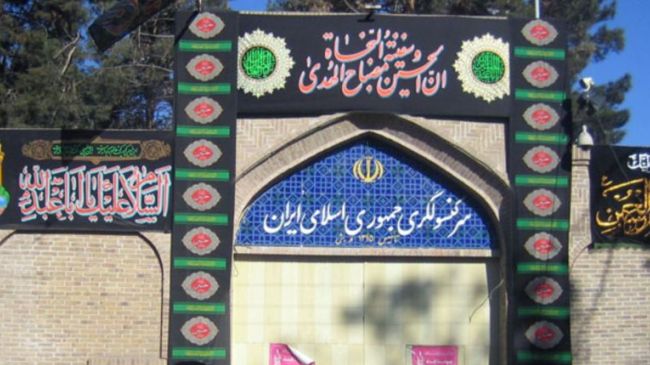 Iran’s Foreign Ministry Spokeswoman Marzieh Afkham has condemned the recent attack on the Iranian Consulate in Afghanistan’s western city of Herat as “unacceptable” and called for calm.

“While the staffers of our country’s offices in Afghanistan are trying to facilitate the legal transit of Afghan nationals to the Islamic Republic of Iran, such behaviors will obviously have negative consequences,” said Afkham on Sunday.

On Saturday, a group of Afghan protesters stormed the Iranian Consulate in Herat and broke the windows of the building.

At least one person was killed and five others injured following clashes between the police and protesters.

“Based on their organizational duties, the local police and security officials should have been present at the scene immediately and prevented any illegal assembly, damage to the office and disruption of the activities of the staffers,” Afkham pointed out.

The Iranian Foreign Ministry spokeswoman underscored the need for safeguarding the security of the premises and employees of Iran’s consulates and political offices in Afghanistan and called for adoption of measures aimed at preventing similar incidents in the future.

She noted that Iran’s Foreign Ministry summoned Afghanistan’s ambassador to Tehran on Saturday for explanations about the incident and conveying the Islamic Republic’s call to Kabul for tighter security measures to prevent similar events.

Herat Police spokesman Abdul Raouf Ahmadi said some people who had applied for Iranian visas held a demonstration outside the Iranian Consulate in protest at what they called a slow procedure of visa issuance.

He added that the Afghan security forces tried to drive the protesters back by opening fire, hence the casualties.