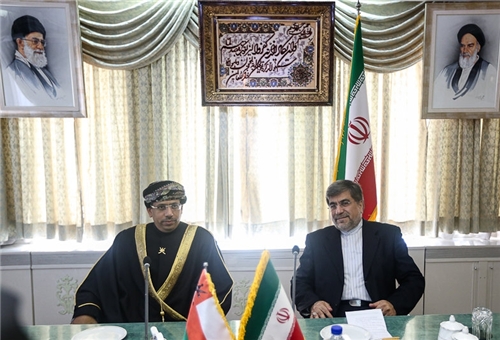 TEHRAN (FNA)- Iranian Culture Minister Ali Jannati took extremist groups responsible for the current crises in Syria, Egypt and Bahrain, and called for the regional states’ vigilance against the enemies who seek to create discord among them.

“The conditions that exist today in the regional countries, including Syria, Egypt and Bahrain, are unfortunately signs of extremism,” Jannati said in a meeting with Omani Information Minister Abdulmonam Mansoor al-Hasani in Tehran on Sunday.

He expressed concern that certain groups are trying to stir tension and sectarian and religious rifts in the regional states, and named Takfiri groups, specially those affiliated to the Al-Qaeda, as the main culprits behind the attempts made to sow discord among the regional nations.

Cautioning that these groups have launched wide-scale campaign against Muslim unity, Jannati said they make use of every possible means, including satellite channels and internet, to attain their ominous goals.

In relevant remarks in July, Head of Iraq’s Society of Scholars blamed the US and the Israeli regime for surge of terrorism and tensions in the Middle-East, especially in Iraq.

The main causes of terrorism in Iraq and other regional nations are not ignorant or jobless people, but the Global Arrogance, headed by the US and Israeli regime that have extremism under their control and use it in their own favors, Sheikh Khalid al-Mala said.

Mala said, “I remember Israeli regime’s minister of public security who said Israel keeps presence in Iraq and our agents are active in other regional countries.”

Referring to the extremism in Syria, he said, Syrian people are fighting extremist groups as Iraqi civilians did in al-Ramadi, Mosul and Tikrit.