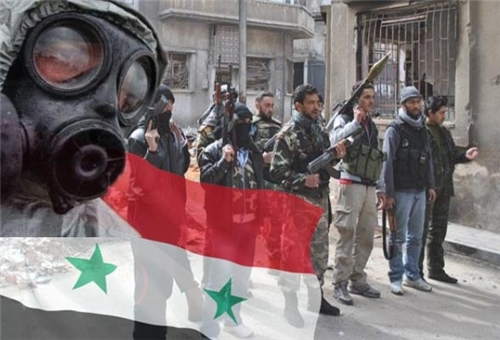 Over the past two days or so, the Syria interventionists (a group that includes yours truly, at least some of the time) have argued with great fervor that President Barack Obama’s proposed missile strike would be meant as a message not only to the Bashar al-Assad regime, but to its masters in Tehran.

The argument goes as follows: If Obama doesn’t enforce his publicly articulated red line on the use of chemical weapons by Syria, then the Iranian leadership will come to understand him as a dithering, hesitant and ineffectual man who, under no circumstances will use military force to stop Iran from crossing the nuclear threshold. In other words, the president’s red line on the Iranian nuclear program would be rendered meaningless if Congress failed to give our diffident president the power to act.

This is an argument advanced even by the secretaries of state and defense, John Kerry and Chuck Hagel. They are making this argument because they are selling a strike, but the argument isn’t necessarily sound.

It is true that the Iranians could interpret Obama’s clear hesitancy to act in Syria as a kind of green light to move faster down the nuclear track. It is also certainly true that America’s allies in the region, including Israel, Jordan, Saudi Arabia and the United Arab Emirates, could interpret Obama’s zigzag path to a Syria strike — a strike that, of this writing, is not at all guaranteed to take place — as a sign that he will ultimately be unwilling to act against Iran. This interpretation itself could, of course, have dire consequences: If Prime Minister Benjamin Netanyahu of Israel, in particular, comes to believe that there is no circumstance in which Obama can be trusted to act, he will no longer listen to Obama’s entreaties to resist the urge to strike at Iran himself.

But I believe it would be a mistake to assume that just because the president is hesitant on Syria he will be hesitant on Iran. Why? Because the president has defined Iran’s nuclear program as a core threat to U.S. national security. He has made it clear that only two challenges in the Middle East rise to the level of core American national interests: The mission to destroy al-Qaeda and the goal of stopping the Iranian nuclear program. He has stated repeatedly, over many years, that it is unacceptable for Iran to cross the nuclear threshold, and his administration has worked assiduously to sanction Iran in the most punishing of ways. He has done nothing on the Iran file to suggest that he is softening his position.

Contrast what he has said and done on Iran with what he has said about Syria: He has never argued that the continued existence of the Assad regime represents a dire threat to U.S. national security. Quite the opposite — Obama and his national security team have argued privately for some time that the rise of al-Qaeda safe havens in a disintegrating Syria (as is likely to follow the demise of the Assad regime) would represent a direct national security threat. Seen this way, his hesitancy on Syria is understandable.

The point is this: Not all red lines are created equal. Not all national security challenges are equally dire. It is not analytically sound to assume that Obama’s hesitancy in one area equals hesitancy in another. It would be a mistake on the part of the Iranian regime to believe that the president won’t strike their nuclear facilities if he judges them to be near the nuclear threshold.

On the other hand — there’s always another hand — a good argument could be made that Obama’s cautious nature will not serve the country well if and when the time comes to make a decision about Iran. Here’s the unpleasant scenario: Right now, the president believes he has in his hands incontrovertible proof, provided by U.S. and foreign intelligence agencies, that Syria has used chemical weapons. Though he set a red line on the matter, he didn’t enforce it, even with clear evidence in hand.

Now, Iran: Though Iran for him is clearly a higher-priority national security challenge, thus making it more likely that he would enforce his articulated red line in this case, the evidence of an Iranian push to the bomb could very well be murkier and more contradictory than the evidence collected in Syria.

Iran, of course, is pursuing much of its program underground. It has, in the past, conducted its nuclear program in facilities hidden from foreign inspectors. It could be doing the same now. What if U.S. intelligence presents proof that Iran is speeding up its nuclear program, but the evidence is circumstantial, or incomplete? The best evidence of a nuclear program is a nuclear test, but by then it would obviously be too late to act. So Obama could be facing a situation in which he has to make a judgment based on partial information, presented to him by a divided intelligence community.