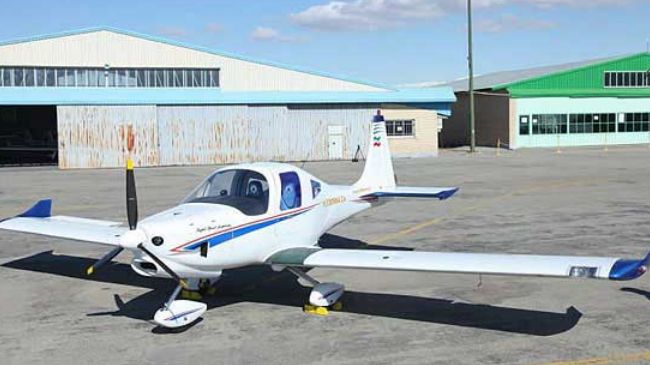 The aircraft was unveiled at a Wednesday ceremony at an air base in Tehran.

In late August, Brigadier General Aziz Nasirzadeh, a top commander of Iranian Air Force, announced that the country is producing a new state-of-the-art fighter jet, which is the latest in a range of military products manufactured by local experts.

The production of the military jet will entirely end Iran’s dependence on foreign fighter jets, particularly those used for training purposes.

On February 2, Iran unveiled its latest fighter aircraft, the Qaher-313 (Conqueror-313). The single-seat stealth fighter jet can take off and land on short runways.

Saeqeh (Thunderbolt) fighter jet is a follow-up aircraft, derived from Azarakhsh. Iran unveiled its first squadron of Saeqeh fighter-bombers in an air show in September 2010.