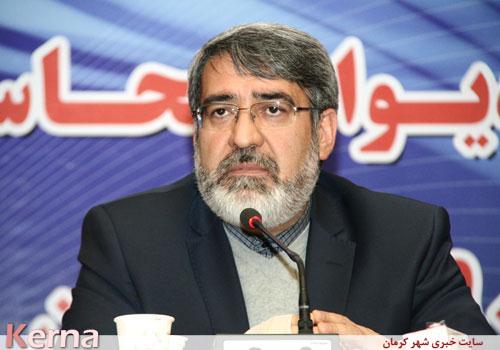 Tehran, Sept 4, IRNA – Interior Minister Abdolreza Rahmani-Fazli said on Wednesday that expanding of bilateral relations with neighboring countries is one of the priorities of Irans foreign policy.

Speaking to IRNA after a meeting with the visiting Afghan Minister of Refugees and Repatriation Jamaher Anwari on September 3, Rahmani-Fazli said the two excahnged views on various issues including Afghan refugees residing in Iran and bilateral cooperation.

He said the two discussed ways to foster mutual cooperation between Tehran and Kabul.

As for the issue of the Iran-based Afghan refugees, Rahmani-Fazli said it was stressed in the meeting that any arrival to or departure from Iran of the Afghan refugees should be based on legal procedures.

Referring to Afghanistans next presidential election which is to be held in 2014, the Iranian minister said Tehran has promised to help Afghan refugees have an easy participation in the voting process.

Meanwhile, the Afghan side conveyed warm greetings and congratulations of President Hamid Karzai to Rahmani-Fazli hoping for further promotion of Tehran-Kabul relations.

Anwari also felicitated Rahmani-Fazli on his appointment as the Interior Minister of Iran.