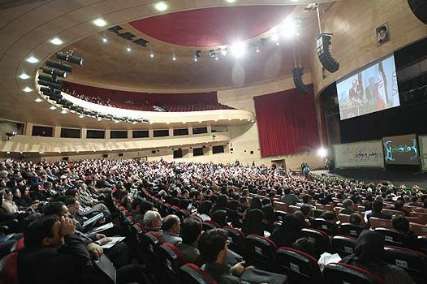 Representatives of major medical research groups mostly from China, India, Italy and US have taken part in the two-day event.

The Royan International Twin Congress also began its 9th Congress on Stem Cell Biology and Technology as off today.

According to the Royan official website, holding of the twin gatherings is a unique event of its kind both in Iran and in the Middle East region.

The event is formed by two separate congresses with different themes. The two gatherings are being held by the Reproductive Biomedicine and Stem Cells Research Center, the Royan Institute.

The main objective of the congress is to bring together the researchers and practitioners from all over the world in stem cells and reproductive biomedicine to stimulate and promote research in this area.

Royan Institute is a public non-governmental non-profitable organization established in 1991 by the late Dr. Saeid Kazemi Ashtiani as a research institute for Reproductive Biomedicine and infertility treatments. Presently, it acts as the leader of Stem Cell research and also as one of the best clinics for infertility treatment with its 46 scientific members and 186 lab technicians.