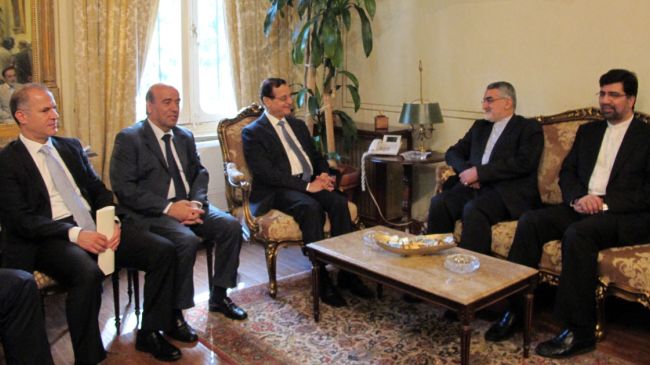 “The countries which have provided the Takfiri groups with such a technology [for making chemical weapons] must be held accountable for its consequences,” Alaeddin Boroujerdi told reporters in the Lebanese capital, Beirut, on Tuesday.

Boroujerdi, who chairs the Majlis National Security and Foreign Policy Committee, made the remarks after a meeting with Lebanese Foreign Minister Adnan Mansour.

“We officially informed the US of the access by the Takfiri groups to chemical weapons nine months ago, but they took no action to that effect,” the Iranian legislator stated.

Boroujerdi further warned against the consequences of military offensive against Syria, saying it could trigger a new crisis in the region.

“The Zionist regime [of Israel] will be the first to suffer losses in the crisis,” he added.

He called on all countries to make efforts to prevent a “big disaster” and expressed hope that the US Congress would act wisely about military strike on Syria following President Barack Obama’s refusal to take hasty action for attacking Syria.

President Obama has declared his intention to order military action against the Syrian nation without a UN mandate.

Obama’s threat came following an extensive publicity campaign by major Western media conglomerates immediately after the use of chemical weapons in Syria, accusing the government of Syrian President Bashar al-Assad of launching the attack.

The Syrian government has fiercely rejected the Western allegations, insisting that foreign-backed opposition militants were behind the deadly chemical attack.

Meanwhile, in a meeting with the outgoing Lebanese Prime Minister Najib Mikati on Tuesday, Boroujerdi said Saudi Arabia took an “unacceptable” stance on Syria during the recent meeting of the Arab League in Cairo, Egypt.

The Iranian lawmaker expressed hope that Riyadh would reconsider its position in supporting a Western attack on Syria.

In his address to the Arab League meeting, Saudi Arabian Foreign Minister Prince Saud al-Faisal called for foreign military action in Syria, saying that opposing war on the grounds that it is “foreign intervention” is no longer acceptable.

“Any opposition to any international action would only encourage Damascus to move forward with committing its crimes and using all weapons of mass destruction,” said Faisal.

Boroujerdi also held a meeting with Hezbollah’s Secretary-General Seyyed Hassan Nasrallah and discussed the latest developments in Syria and Lebanon.

Heading an Iranian parliamentary delegation, Boroujerdi arrived in the Lebanese capital, Beirut, for an official visit to hold talks with the country’s senior officials on the ongoing crisis in the Middle East.