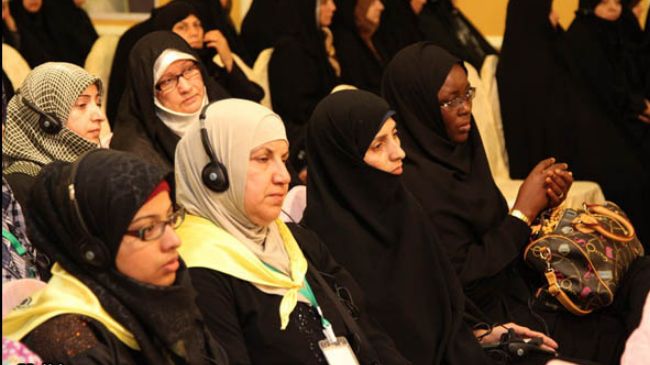 TEHRAN (Tasnim) – Iran plans to hold an international conference of Muslim women to promote solidarity among Muslim women, the chairwomen of the conference said on Tuesday.

“The event, entitled ‘The First Conference of the International Union of Muslim Women’, will be held on September 7, at the World Forum for Proximity of Islamic Schools of Thought (WFPIST), with some 120 Iranian and foreign quests to attend,” Deputy WFPIST Secretary General in Women’s Affairs Laleh Eftekhari told reporters at a press conference today.

The WFPIST Secretary General Ayatollah Mohammad Ali Araki, too, said at the press conference that 30 of the guests of the international conference are from Iran and the remaining 90 from other Islamic countries.

Ayatollah Araki hoped that the conference would be a step in line with the objective of promoting unity among  Muslims all over the world.

The World Forum for Proximity of Islamic Schools of Thought (WFPIST) was established in 1989 following a recommendation by the Supreme Leader Islamic Revolution Ayatollah Seyed Ali Khamenei.

The WFPIST was commissioned to promote unity among the followers of the entire Islamic schools of thought, and has been holding the International Islamic Unity Conferences every year ever since then, during the Unity Week which marks the auspicious birth anniversary of the Prophet of Islam, based on the Shiite and the Sunni schools of thought.