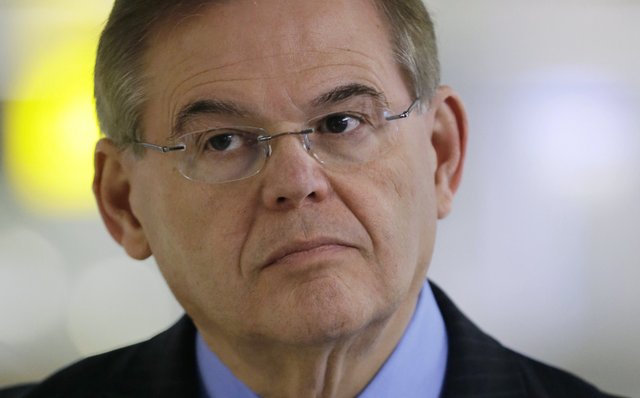 Sen. Robert Menendez said Tuesday morning that Iran and Hezbollah “could possibly” strike Israel depending on how the United States gets involved in Syria, but that the consequences of inaction are far too great not to act.

“I believe that to some degree there is clearly bluster, certainly by the Syrians,” Mr. Menendez, New Jersey Democrat, said on CBS’s “This Morning. “The Iranians and Hezbollah … ultimately could possibly strike against neighbors in the region, including our ally, the state of Israel.”

Israel confirmed that it has carried out a joint missile test with the United States in the Mediterrarean as the U.S. weighs its options, the AP reported.

Mr. Menendez, the chairman of the Senate Committee on Foreign Relations, has called Secretary of State John F. Kerry, Defense Secretary Chuck Hagel and Chairman of the Joint Chiefs of Staff Martin Dempsey before his committee Tuesday afternoon, when they will make the case for limited air strikes against the regime of Syrian leader Bashar Assad for its alleged use of chemical weapons on Aug. 21.

Mr. Assad was quoted in the French newspaper Le Figaro this week as saying that if the U.S. and France strike, “everyone will lose control of the situation. … Chaos and extremism will spread. The risk of a regional war exists.”

“We shouldn’t just talk about a Syrian response, but what will happen after the first strike. Everybody will lose control of the situation when the powder keg blows. There is a risk of a regional war,” Mr. Assad said, according to Reuters.

Mr. Menendez said not acting also has huge consequences for the United States.

“It sends a message to those very same countries — the Ayatollah in Iran. … It sends a message to North Korea about our determination to stop them from continuing to make the Korean peninsula a nuclear peninsula,” he said. “It sends a message to terrorist groups: Seek access to chemical weapons because the world will largely stand by when you use them. I think those are ultimately national security questions we cannot have come to fruition as a result of inaction.”