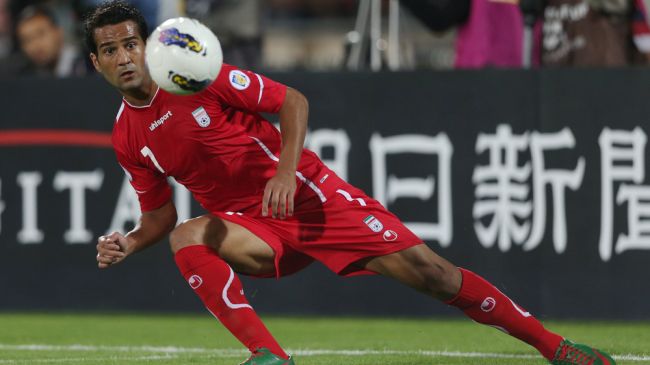 The team, which currently plays in the 2.Fussball-Bundesliga — the second tier of the German football league system, is expected to make an offer for the 29-year-old Iranian international, German-language website liga-zwei.de reported.

Shojaei is now free agent after his contract expired at the end of the last season with the Spanish football team CA Osasuna.

Fortuna Duesseldorf is also eying to sign Tolga Cigerci from VfL Wolfsburg II, who has been playing for the Wolfsburg-based professional German association football club for the past one and a half years on loan from Borussia Monchengladbach club.

Shojaei is clearly more aggressive than 21-year-old Cigerci, and would thus be more of a backup for Fortuna Düsseldorf’s Georgian footballer Levan Kenia.

Fortuna Duesseldorf wanted to sign Standard Liege striker Reza Qouchannejad on a one-year loan deal in excess of €1.2 million. The Belgian club’s officials, however, prevented the Iranian to leave the team.

Qouchannejad helped national Iranian soccer team secure its place at the FIFA 2014 World Cup in Brazil, after the squad recorded a 1-0 victory against South Korea at Ulsan World Cup Stadium on June 18.

Qouchannejad found the hosts’ net and sailed the ball past South Korea’s goalkeeper Jung Sung-Ryong in the 60th minute of the match.