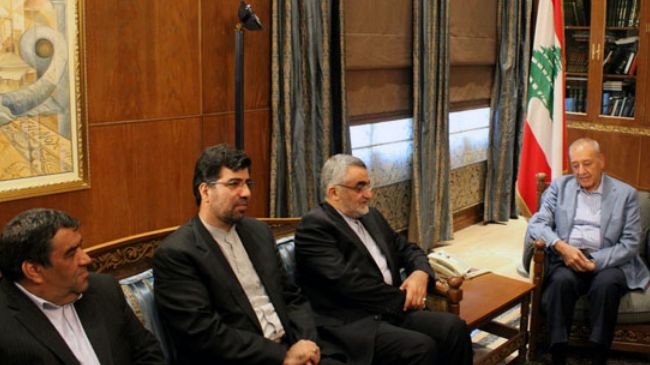 US miscalculation on Syria will be disastrous: Iran MP

An Iranian lawmaker says the Americans oppose any US-led military offensive against Syria, warning that any miscalculation could be disastrous.

“The US reconsidering an attack on Syria and leaving the decision on it to Congress is in line with the country’s interests and the security of the Zionist regime [of Israel] because any miscalculation could be disastrous,” Alaeddin Boroujerdi said.

The Iranian Chairman of the Majlis National Security and Foreign Policy Committee made the remarks after a meeting with Lebanese Parliament Speaker Nabih Berri in Beirut on Monday.

He added that the Americans are against any attack on Syria given the bitter experiences of Afghanistan and Iraq.

Boroujerdi expressed hope that the US Congress would respect American public opinion and not go against their wishes by attacking Syria.

On Saturday, US President Barack Obama said he would seek a congressional authorization for an attack against Syria as Washington “cannot and will not turn a blind eye” to an alleged chemical attack in the Arab state. The Obama administration has, however, said it “has the right” to attack Syria even if the Congress does not approve the measure.

A recent poll conducted by Reuters/Ipsos found that about 60 percent of Americans believe that the United States should not get militarily involved in the Syrian conflict.

Boroujerdi also expressed hope that the British Parliament would once again vote against an attack on Syria.

The UK Parliament on August 29 voted against a motion by British Prime Minister David Cameron to authorize military action against Syria.