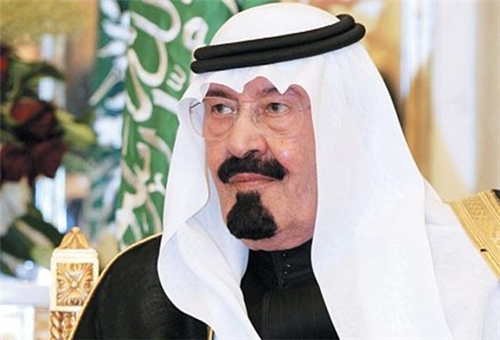 Saudis Go on full alert after Putin threatens to hit S. Arab in reprisal for US attack on Syria

TEHRAN (FNA)- The Main Intelligence Directorate, or the GRU in Russian (for Glavnoye Razvedyvatelnoye Upravleniye) reported that President Putin’s orders this week to the Armed Forces of the Russian Federation for a “massive military strike” against Saudi Arabia in the event that the West attacks Syria has “stunned” the Saudis forcing them to go on “full war alert”.

“The Saudi Army is on full alert since today due to the increased possibility of a military attack by the US military against Syria. The ground force operations command of the Saudi Army has ordered all the military units in Saudi Arabia to stand at a level 2 alert and fears were bolstered by recent statements by the Russian President Vladimir Putin in terms of a possible military strike against Saudi Arabia by Moscow.”

Meantime, according to whatdoesitmean.com, the GRU (the foreign military intelligence directorate of the General Staff of the Armed Forces of the Russian Federation) has also reported that Pakistan’s largest religious-political party Jamiat Ahle Hadith (JAH) is now threatening Russia too over Putin’s “war order” against Saudi Arabia, and as we can read as reported by The International News Service:

“Addressing a Press conference on Thursday, JAH Vice President Allama Zubair Ahmad Zaheer said that his party would hold demonstrations in all major cities to express solidarity with Saudi Arabia, and to condemn Russian president for his wild and unscrupulous threats.”

He warned Putin that he would invite wrath from entire Muslim world if he dared to attempt harm Saudi Arabia. He demanded Islamabad to sever ties with Moscow. He said Russian president’s threat would be treated as a declaration of war against Islam and a strong Jihad would be waged against Russia.

This GRU report noted that both the Saudis “war moves” and Pakistan’s “provocative threats” against Russia are being engineered by Obama regime apparatchiks who now control the largest secret intelligence organization ever created in modern human history and which the Washington Post News Service, using top-secret documents released to them by whistleblower Edward Snowden, reports cost over $52 billion and employs over 107,000 spies.

The Obama regime’s rush to attack Syria, this GRU report continued, was dealt a “severe blow” yesterday after the British Parliament revolted against Prime Minister David Cameron and refused to allow the United Kingdom to participate in any war action against the Syria people.

Though not being told to the American people by the Obama regime (or their propaganda mainstream media), this GRU report said, the unraveling of British support for the Obama regimes planned war against Syria came after new reports from the Associated Press News Service revealed that the chemical weapons attack being investigated by the United Nations were, indeed from Saudi Arabia.

The American InfoWars.Com News Service confirmed this Saudi connection to chemical weapons being used in Syria, and as we can, in part, read:

“Syrian rebels in the Damascus suburb of Ghouta have admitted to Associated Press journalist Dale Gavlak that they were responsible for last week’s chemical weapons incident which western powers have blamed on Bashar Al-Assad’s forces, revealing that the casualties were the result of an accident caused by rebels mishandling chemical weapons provided to them by Saudi Arabia.

“From numerous interviews with doctors, Ghouta residents, rebel fighters and their families….many believe that certain rebels received chemical weapons via the Saudi intelligence chief, Prince Bandar bin Sultan, and were responsible for carrying out the (deadly) gas attack,” writes Gavlak.

Rebels told Gavlak that they were not properly trained on how to handle the chemical weapons or even told what they were. It appears as though the weapons were initially supposed to be given to the Al-Qaeda offshoot Jabhat al-Nusra.

“We were very curious about these arms. And unfortunately, some of the fighters handled the weapons improperly and set off the explosions,” one militant named ‘J’ told Gavlak.

Abu Abdel-Moneim, the father of an opposition rebel, also told Gavlak, “My son came to me two weeks ago asking what I thought the weapons were that he had been asked to carry,” describing them as having a “tube-like structure” while others were like a “huge gas bottle.” The father names the Saudi militant who provided the weapons as Abu Ayesha.

According to Abdel-Moneim, the weapons exploded inside a tunnel, killing 12 rebels. “More than a dozen rebels interviewed reported that their salaries came from the Saudi government.”

Important to note, and as we had previously reported, Putin’s extraordinary “war order” against Saudi Arabia came after he became “enraged” after his early August meeting with Saudi Prince Bandar bin Sultan who warned that if Russia did not accept the defeat of Syria, Saudi Arabia would unleash Chechen terrorists under their control to cause mass death and chaos during the Winter Olympics scheduled to be held 7-23 February 2014 in Sochi, Russia.

Prince Bandar went on to say that Chechens operating in Syria were a pressure tool that could be switched on an off. “These groups do not scare us. We use them in the face of the Syrian regime but they will have no role in Syria’s political future.”

Putin replied to Prince Bandar by saying “Our stance on Assad will never change. We believe that the Syrian regime is the best speaker on behalf of the Syrian people, and not those liver eaters” [Putin said referring to footage showing a Jihadist rebel eating the heart and liver of a Syrian soldier HERE], and which Prince Bandar in turn warned that there can be “no escape from the military option” if Russia declines the olive branch.

In spite of the truth of Saudi Arabia and their terrorist allies being responsible for chemical weapons use in Syria, this GRU report concluded, the Obama regime continues on its path to war against the Syrian people in spite of it being illegal under both United States and International law.

Where illegal wars matter most to the Americans, however, and as we have seen too many tragic times in the past, is when oil and gas are involved. And in this case, the Obama regime, along with its Saudi Arabian and Persian Gulf puppet state allies (some of the most repressed nations on Earth), are prepared at all costs to prevent the proposed Iran-Iraq-Syrian gas pipeline from being completed…which is, in its starkest truth, what this conflict is really all about in the first place.