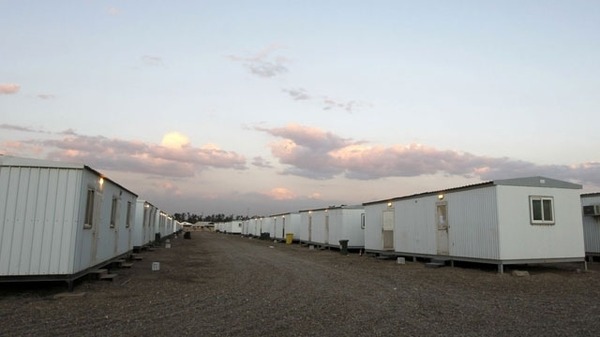 (Reuters) – At least 47 people were reported killed at an Iranian dissident camp in Iraq on Sunday, the United Nations said, urging Baghdad to investigate the “tragic events” at a site north of the capital.

The violence took place hours after a mortar bomb attack on the camp which the dissent group Mujahadin-e-Khalq (MEK) blamed on the Iraqi army.

Two Iraqi security sources said that army and special forces had opened fire on residents who had stormed a post at the entrance to Camp Ashraf, a site that Iraq’s government wants closed down. They said at least 19 were killed, 52 wounded and 38 arrested and that they believed residents were not armed.

However, the U.N. statement had a figure closer to the toll given by MEK, which said 52 of its roughly 100 members at the camp had been killed.

An advisor to Iraqi Prime Minister Nuri al-Maliki said reports that security forces had opened fire on the residents were baseless and said that Maliki had ordered an investigation into what had happened.

“We want to know the truth,” advisor Ali al-Moussawi said. He said it was unclear what had caused the blast in the morning. Residents could have been killed in the explosion or through infighting at the camp, he said. He gave no casualty figures.

In a statement, U.N. Secretary General Ban Ki-moon appealed for the urgent restoration of security in the camp.

“The United Nations deplores the tragic events at Camp Ashraf today that have reportedly left 47 killed,” he said. Baghdad should “promptly investigate the incident and disclose the findings.”

MEK, which the U.S. State Department removed from its list of terrorist organizations last year, said some residents were machine-gunned with their hands tied behind their backs.

The U.S. embassy in Iraq condemned “the terrible events that took place in Camp Ashraf” and the UN said it would send in a team from its Iraq office to carry out its own probe.

“We further call on Iraqi authorities to act with urgency to immediately ensure medical assistance to the wounded and to secure the camp against any further violence or harm to the residents,” the U.S. embassy statement said, calling for a full, independent investigation.

MEK emailed photos of people it said had been shot in the head during the clashes. Men and women were shown lying on blood-covered floors. It was not possible for Reuters independently to verify the images.

“The Iraqi government stresses the need for help to deport elements of the Mujahadin-e-Khalq who are on Iraqi soil illegally but at the same time confirms its commitment to the safety of souls on its territory,” Maliki’s office said in a statement referring to “events” at Camp Ashraf.

It gave no further details.

It has been seeking to recast itself as an Iranian opposition force but is no longer welcome in Iraq under the Shi’ite Muslim-led government that came to power after U.S.-led forces toppled Saddam in 2003. Iraq’s current government is close to Iranian authorities.

Mortar bomb attacks on a newer MEK camp in a former military compound in western Baghdad, where authorities had relocated most Camp Ashraf MEK members, took place in February and June. At the time, MEK blamed Iran’s Quds force – an elite unit of the Revolutionary Guards with a special focus on foreign operations.

MEK, also known as the People’s Mujahideen Organisation of Iran, led a guerrilla campaign against the U.S.-backed Iranian Shah during the 1970s that included attacks on U.S. targets.