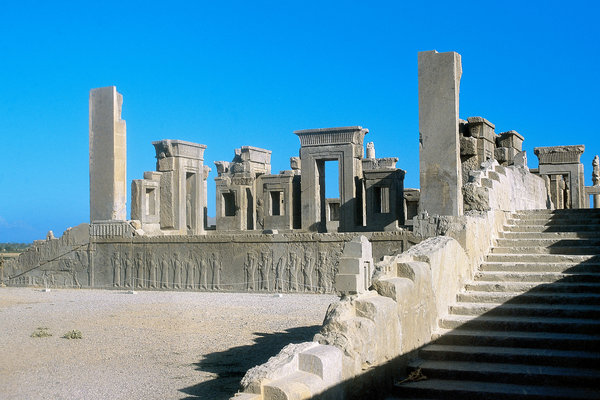 At the top of the agenda of Iran’s new president, Hassan Rouhani, is fixing the country’s crumbling economy, and promoting international tourism is part of his solution.

Mr. Rouhani wants the number of foreign visitors to more than double, to 10 million from 4 million, each year, according to a report last month in The Washington Post. Such an increase, The Post reported Mr. Rouhani as saying, would “create jobs for 4 million people, solving the problem of 3.5 million unemployed people in this country.”

That goal is welcome news to Hamid R. Tavassoli, founder of Iranian Tours, a Tehran-based agency that runs guided trips to cities like Yazd and Shiraz.

“I believe the Iranian culture, nature, hospitality and infrastructure very well deserves a much larger number of tourists to visit the country,” he said.

Mr. Tavassoli said he credits Mr. Rouhani’s election in June for an increase in inquiries — double the number, he estimated, of last August — that he has received from foreign tourists, mostly from neighboring countries and from Europe.

Mr. Rouhani, a moderate cleric, has indicated that he is open to working with the outside world to lift the international economic restrictions connected to Iran’s nuclear program. The Iranian parliament’s recent confirmation of an American-educated diplomat as foreign minister suggested that Mr. Rouhani was moving forward in his campaign promise to engage with the United States.

The shift has led the World Affairs Council of Philadelphia, an educational organization, to resume tours to Iran, starting with a trip in April 2014. The organization had suspended such tours in 2011 after tensions between Iran and the United States escalated over the imprisonment of three American hikers who had been detained for two years on espionage charges, but who were later released that year.

Iran, once a popular stop along the overland “hippie” trail from Europe to India in the 1970s, has plenty to pique the interest of foreign tourists. It boasts 16 Unesco World Heritage sites, including the ruins of Persepolis dating to 518 B.C. and the 17th-century monumental arcades of Imam Square in Isfahan.

The renewed interest in Iran among Americans, however, is not shared by the United States State Department. When contacted last month by e-mail, the department noted its travel warning for Iran, which it updated on May 24. “Since 2009, Iranian authorities have prevented the departure, in some cases for several months, of a number of Iranian-American citizens,” the warning read. “Iranian authorities also have unjustly detained or imprisoned U.S. citizens on various charges, including espionage and posing a threat to national security.”

The United States government has not had diplomatic or consular relations with Iran since the hostage crisis, which began in 1979 and lasted for 14 months. The warning stated that the United States cannot provide protection or routine consular services to its citizens (the Swiss government serves as protecting power for United States interests in Iran).