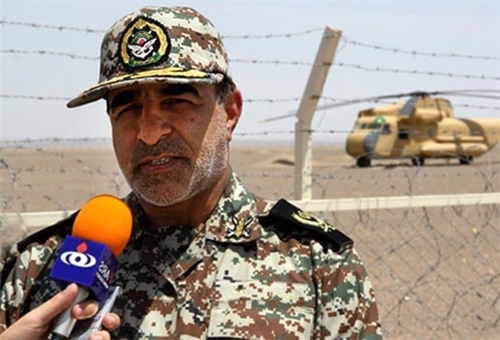 TEHRAN (FNA)- The Iranian Army has reinforced protection of the country’s Eastern borders by deploying an increased number of air defense systems and watchtowers in those regions, a senior commander announced on Saturday.

“Because Iran shares common borders with Afghanistan and Pakistan to the East, we have deployed air defense systems and watchtowers in this region,” Commander of Iran’s Eastern Air Defense Zone Malek Ali Assadifard told reporters today.

He underlined that protection of Eastern Iran’s airspace is very important and that is why different defense systems and watchtowers have been deployed in that region.

In mid-May, the Commander of Khatam ol-Anbia Air Defense Base Brigadier General Farzad Esmayeeli said his forces are fully prepared to defend the country against threats in the region.

Speaking during a visit to the country’s Southwestern Air Defense Zone at the time, Esmayeeli pointed to Iran’s eye-catching growth in air defense systems in recent years, and stated that Iran’s air defense capability is so advanced that it is not comparable to what it could do during the Iraqi imposed war on Iran in 1980s.

In November, different systems with the capability of intercepting incoming cruise missiles as well as optimized and indigenized air defense missiles were tested in the massive aerial exercises code-named ‘Modafe’an-e Aseman-e Velayat 4 (Defenders of Velayat Skies 4)’.