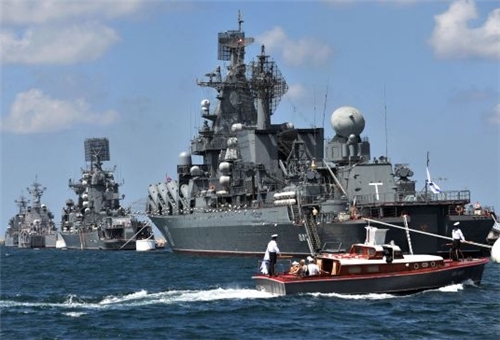 TEHRAN (FNA)- Russia “over the next few days” will be sending an anti-submarine ship and a missile cruiser to the Mediterranean as the West prepares for possible strikes against Syria.

“The well-known situation shaping up in the Eastern Mediterranean called for certain corrections to the make-up of the naval forces,” a source in the Russian General Staff told Interfax.

“A large anti-submarine ship of the Northern Fleet will join them (the existing naval forces) over the next few days. ”

“Later it will be joined by the Moskva, a rocket cruiser of the Black Sea Fleet which is now wrapping up its tasks in the Northern Atlantic and will soon begin a Transatlantic voyage towards the Strait of Gibraltar. ”

In addition, a rocket cruiser of the Pacific Fleet, the Varyag, will join the Russian naval forces in the Mediterranean this autumn by replacing a large anti-submarine ship.