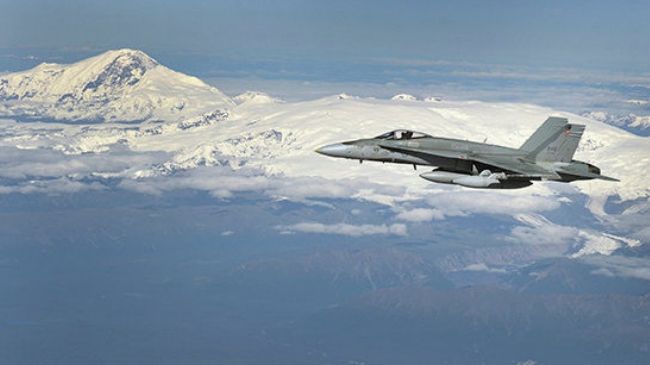 Russia has joined the United States and Canada in an ‘anti-terror’ exercise reportedly aimed at boosting cooperation and reaction to hijacking of commercial aircraft.

Fighter jets from the joint US and Canadian North American Aerospace Defense Command (NORAD) and the Russian Air Force have taken part in the maneuver, which began on Monday and is code-named operation “Vigilant Eagle 2013,” RIA Novosti reports on Wednesday.

According to the report, the ongoing exercise involves flying two aircraft simulating hijacked commercial passenger airliners, one from Anchorage, Alaska traveling over Russian airspace on Tuesday and another flying from Anadyr, Russia over the US airspace on Wednesday.

The military exercise commenced with the testing of command centers in Russia and the US, but the simulated flights were due be conducted throughout Tuesday and Wednesday while the entire exercise is scheduled to continue through Friday.

“It is one of the biggest single areas where the Russian Federation, US and Canada can truly cooperate,” Joseph Bonnet, director of joint training and exercises for NORAD and US Northern Command is cited as saying in an interview with the American Forces Press Service (AFPS), an official media service of the US military.

“All three countries share a common objective in thwarting, combating and cooperating against terrorism,” Bonnet added.

In one of the scenarios played out during the aerial exercise, when the simulated hijacked commercial airliners fail to respond to communications, NORAD and the Russian Air Force launch fighter jets to investigate and follow the suspect flights headed toward each other’s airspace, where they will then hand off the missions to complete, according to the AFPS article.

The so-called ‘Vigilant Eagle 2013’ exercise is the third cooperative air defense maneuver between NORAD and the Russian Air Force, based on a 2003 agreement between the two countries to strengthen military relationships, according to the American military news outlet.

The military cooperation comes amid apparent tensions between Washington and Moscow over Syrian crisis as well as Russian granting of political asylum to a former NSA contract worker who leaked information about massive US electronic spying operations.