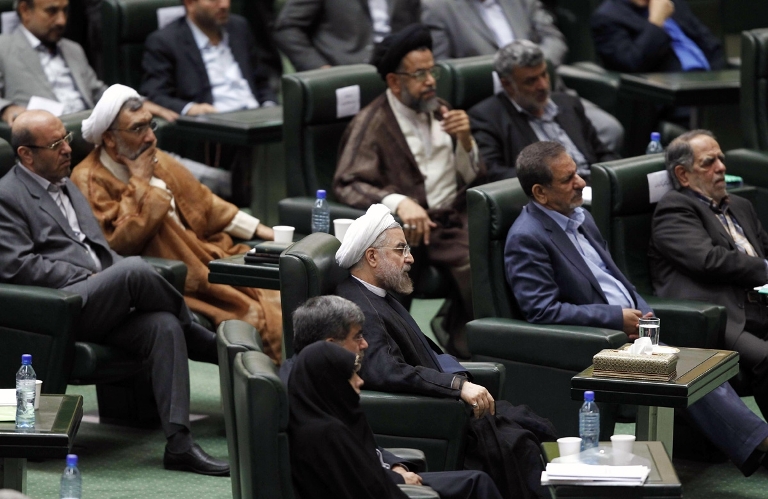 Iran considers lawsuit against US over 1953 coup

Iran’s parliament has given preliminary approval to a bill requiring the government to sue the US for its involvement in the 1953 coup that overthrew the country’s democratically elected prime minister.

The bill follows the release of formerly classified documents offering more details of the CIA’s role in orchestrating the overthrow of Mohammed Mossadegh 60 years ago.

It calls for the creation of a committee to study the issue and provide a report within six months before legal action is launched against the US government in an international court.

Of the 196 MPs attending the session of parliament, which was broadcast live on state radio, 167 voted in favour of the bill and five opposed it.

The MP Mahdi Mousavinejad said Iran should take legal action to ensure the US take responsibility for its actions. “America’s oppressive behaviour [in 1953] shows that the Iranian nation has to stand up and pursue its trampled rights,” he said.

But Mohammad Mahdi Rahbari, another MP, opposed the bill, saying it would not bring anything tangible for Iran. “Pursuing this bill has no benefits for our country. It will waste the parliament’s time,” he said.

The coup restored the despotic regime of Shah Mohammad Reza Pahlavi, who had been overthrown in the 1979 Iranian revolution.

MPs said the documents proved that the US had a history of malevolent intervention in Iran and that the admission was sufficient evidence to demand compensation.

In a document revealed this month entitled The Battle for Iran, the CIA reveals the coup plan was called Operation TPAJAX.

The unnamed author of the history writes that previously published accounts miss the point that “the military coup that overthrew Mossadegh … was carried out under CIA direction as an act of US foreign policy, conceived and approved at the highest levels of government”.

The US cut off diplomatic relations with Iran after militant students stormed the US embassy in Tehran to protest against Washington’s refusal to hand over the toppled shah to Iran for trial.

The two countries remain at loggerheads over Iran’s disputed nuclear programme. Iran denies claims by the US and Israel that it is aiming to build weapons, saying its nuclear programme is for peaceful purposes only.