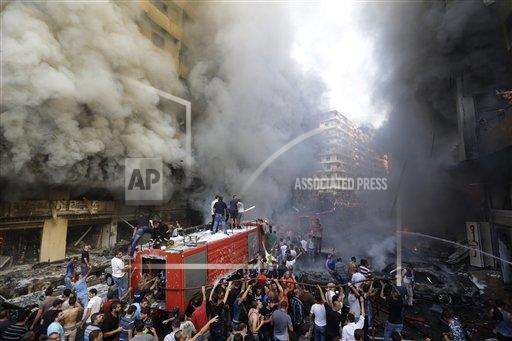 The Iranian ambassador to Beirut has censured the recent wave of deadly bombings in Lebanon, saying the Israeli regime is the main beneficiary of such acts of violence.

Ghazanfar Roknabadi said on Tuesday, “The Zionist regime [of Israel] and regional and transregional agents, who are involved in committing these dangerous acts, take the most advantage [of these incidents].”

The conspirators seek to entangle the Lebanese parties with political conflicts and incite sectarian strife in the country, but they have failed to achieve their goals, the Iranian envoy stated.

Roknabadi went on to say, “In the past, we have witnessed [similar] actions perpetrated by Israel and its agents in Iraq and Syria, and today we see that they struggle to turn Lebanon’s scene into that of Iraq and Syria.”

On August 23, over 40 people were killed and over 500 others injured in explosions outside two Sunni mosques in Lebanon’s northern city of Tripoli. The blasts were the deadliest in Lebanon since the end of the civil war in 1990.

Lebanese Grand Mufti Mohammed Rashid Qabbani slammed the bombings, describing them as a “conspiracy that is targeting all the Lebanese, and instigating Sunnis to attack Shias and Shias to attack Sunnis, and igniting the fire of strife between them.”

A week earlier, nearly 30 people were also killed and many others injured in a car bomb attack in a Shia district of the capital, Beirut.