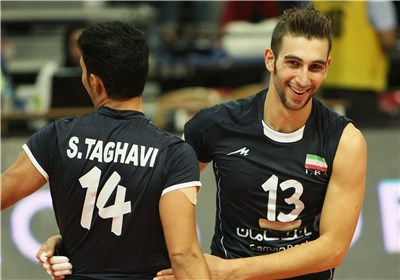 On Monday, Iranians ended their Pool B campaign with a straight sets victory over the Mexican, outfit and overpowered their opponents 3-0 (25-20, 25-21, 25-17) at Baskent Volleyball Hall in Ankara.

The Iranian national youth volleyball team had beat the Asian champion of the previous year, Japan, in their third game.

The Iranian team had earlier beat Estonia and Argentina  3-0.

With this victory, the Iranian national youth team remained at top of Group B with 12 points, far ahead of other competitors.

The 17th FIVB Junior Volleyball World Championship is the scene for competition of 20 teams from around the globe, hosted by Turkey.

The A and B groups of the competitions play their games in Ankara and groups C and D in Izmir.

Iran will face Egypt in its first Round of 16 matches on Wednesday.