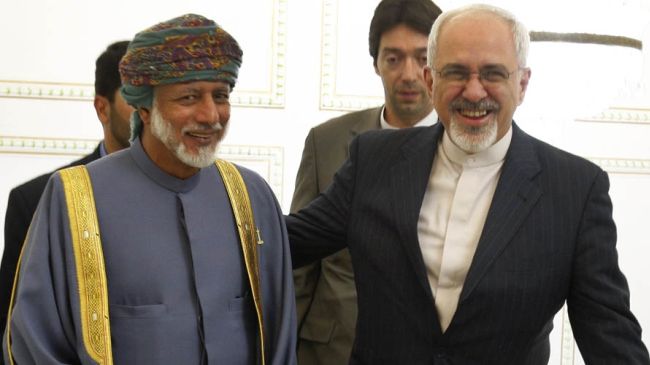 TEHRAN (FNA)- Iranian Foreign Minister Mohammad Javad Zarif described the visit by Omani King Sultan Qaboos to Iran and his meeting with the Islamic Republic’s senior officials as “very constructive”, but underlined that the two sides’ talks did not touch anything specific about the US.

“Sultan Qaboos’s meetings with Supreme Leader (of the Islamic Revolution Ayatollah Seyed Ali Khamenei) and Iranian President Hassan Rouhani have been very constructive and good bilateral, regional and international issues were discussed, and we hope to see their results after this visit wraps up,” Zarif told reporters in Tehran on Tuesday.

Asked whether Sultan Qaboos has discussed anything in relation to the US during his visit, the Iranian foreign minister said that the US is among the issues that Iran’s friends discuss when they come to Iran …, but added, “Our stance is completely transparent and has been set and expressed by our respectable president and the Supreme Leader, and no special issue is there.”

Sultan Qaboos arrived in Tehran on Sunday for a three-day visit to meet with senior Iranian officials.

Sultan Qaboos, who was the first foreign leader visiting Iran since President Rouhani ascended to power, headed a high-ranking political and economic delegation during his three-day visit to Iran.

The Omani king left Tehran for Muscat a few hours ago.