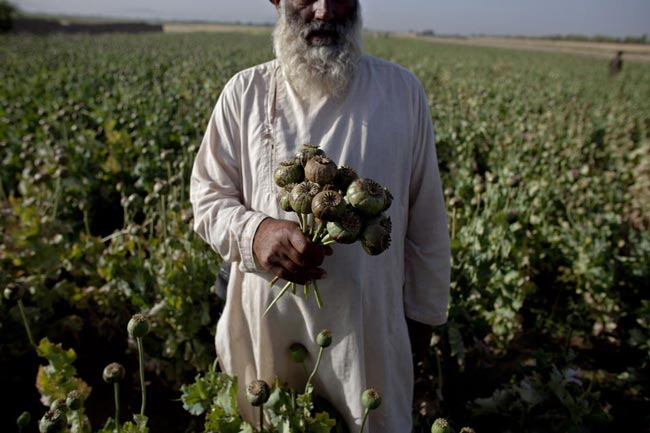 TEHRAN (Tasnim) – Iran’s anti-narcotics police chief described production of illicit drugs in Afghanistan as a serious global threat, calling on the UN to help regional countries cope with this dilemma.

“Narcotics production in Afghanistan is a dangerous threat not only to the region, but also to the entire world, and the threat can imperil development of humanity,” General Ali Moayedi said in an anti-drug conference here in Tehran on Tuesday.

“ It is beyond the capacity of a single government to tackle this problem, particularly in the case of countries which share a border with Afghanistan, as they have borne the brunt of rise in narcotics production in that country,” he added.

Moayedi also called on the international community to support regional countries in the fight against narcotics.

“A great international coalition should be established in partnership with governments, non-governmental organizations (NGOs) and the civil society to achieve positive results.”

Iran has been hit in recent decades by drugs smuggling because of its 936 kilometer border with Afghanistan, where the United Nations Office on Drugs and Crime said 74% of the world’s opium was produced in 2012.

Poppy cultivation and opium production in Afghanistan have been on the rise since the US-led occupation of 2001.

According to the UN report published earlier this year, although the exact figure for poppy cultivation in 2013 is still unclear, it is likely to exceed the 154,000 hectares planted in 2012, and the 131,000 hectares in 2011.

Iran is on a major transit route for drugs being smuggled from Afghanistan to Europe, the Middle East and Africa, and the country’s war on drug-traffickers has claimed the lives of nearly 4,000 Iranian police forces over the past 34 years since the victory of the Islamic Revolution.

According to the United Nations Office on Drugs and Crime, Iran is netting eight times more opium and three times more heroin than all other countries in the world combined.