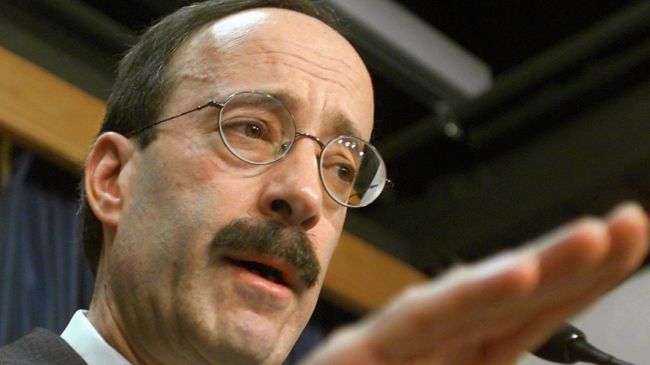 US cannot afford to wait for UN to attack Syria: Officials

Rep. Eliot Engel (NY), the top Democrat on the House Foreign Affairs Committee, has said “this is time for us” to launch cruise missile strikes on Syria, and that the US government cannot afford to wait for the United Nations.

“The world is a better place when the United States takes leadership; this is time for us to do this. I hope we’ll do it soon,” the American lawmaker said on Fox News Sunday.

A growing number of Republicans and Democrats in Congress are urging the administration of President Barack Obama to approve military action against Syria after reports of a deadly chemical attack in the suburbs of Damascus emerged last week.

Engel said that the United States had to respond quickly and could not afford to wait for the United Nations.

Other senior US officials have also indicated that instead of seeking a UN approval for military action, Washington could work with its partners such as the North Atlantic Treaty Organization (NATO) or the Arab League.

“We’ll consult with the UN. They’re an important avenue. But they’re not the only avenue,” a senior administration official said.

The Syrian government has allowed UN inspectors to visit a site that allegedly came under chemical attack on Wednesday. Obama administration officials, however, have dismissed as too late the Syrian offer.

Although there is still no evidence to blame the chemical attack on the government of Syrian President Bashar al-Assad, a senior administration official said there was “very little doubt” that Damascus was behind the attack.

“Based on the reported number of victims, reported symptoms of those who were killed or injured, witness accounts and other facts gathered by open sources, the US intelligence community, and international partners, there is very little doubt at this point that a chemical weapon was used by the Syrian regime against civilians in this incident,” the unnamed official said in a written statement on Sunday, as reported by the New York Times.

The Syrian government and the army categorically denied any role in Wednesday’s chemical attack which killed hundreds of people. Russia, a key ally of Syria, insists that the attack was “clearly provocative in nature,” and that it was staged by foreign-backed militant groups to incriminate the Assad government.

In recent days, the Pentagon has moved more warships into place in the eastern Mediterranean Sea and American war planners have updated strike targets that include government and military installations inside Syria, officials said.

President Obama met with his national security advisers at the White House over the weekend to discuss “a range of options” for Syria, but officials said late Sunday that the president had yet to decide how to proceed.

Secretary of Defense Chuck Hagel reiterated Sunday that the Pentagon had prepared “options for all contingencies” is ready to use force if the president gives the green-light.

Meanwhile, the US top military leader is in Jordan to discuss possible strikes on neighboring Syria.

Chairman of the Joint Chiefs of Staff Gen. Martin Dempsey was set to meet with his Jordanian counterpart and other regional defense chiefs during his visit.

Obama said last year that the use of chemical weapons by the Syrian government would “cross a red line,” provoking a military response.