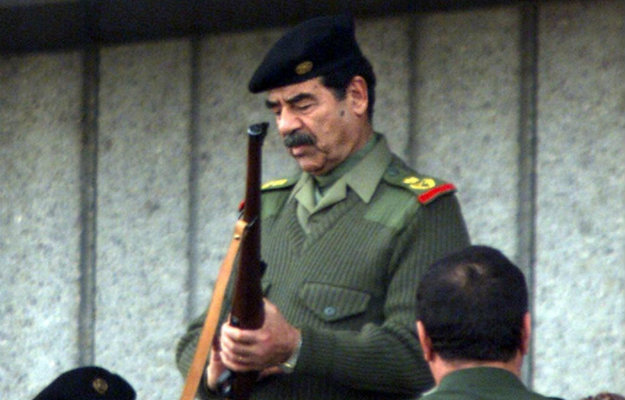 During the war, the Iraqi military attacked Iran several times using mustard gas and sarin with the help of satellite imagery, maps and other intelligence provided by the US government, Foreign Policy said citing the recently declassified CIA documents and interview with former US intelligence officials.

US officials have long denied knowing the matter but retired Air Force Colonel Rick Francona, a then military attaché in Baghdad during the 1988 strikes, rejected the US claim.

“The Iraqis never told us that they intended to use nerve gas. They didn’t have to. We already knew,” Francona told Foreign Policy.

In 1983, Iran publicly said that the Iraqi military carried out a chemical attack in the same year on its forces and was trying to gather evidence to take the issue to the United Nations.

Most of evidence Iran needed at the time was among top CIA’s secret reports and memoranda, which were all sent to the most high-ranking officials in the US. However, the US concealed the facts as Iran tried to prove that to the UN.

“As Iraqi attacks continue and intensify the chances increase that Iranian forces will acquire a shell containing mustard agent with Iraqi markings,” the CIA reported in a top secret document in November 1983. “Tehran would take such evidence to the UN and charge US complicity in violating international law.”

Even early in 1988, Washington informed Baghdad of the location of the Iranian troops, knowing that Iraqi military was likely to attack Iran again with chemical weapons.

According to the documents, the satellite images, provided to Iraq in 1988, showed that Iran was going to gain a strategic advantage by using a hole in Iraqi defenses. CIA agents provided the Iraqi military with information on the movements of Iranian troops and the location of the country’s logistics facilities as well as details about Iranian air defenses.