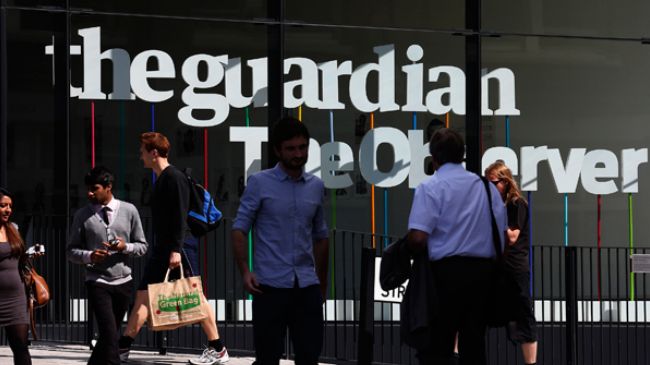 Press TV has conducted an interview with Paul Street, an author and journalist from Iowa City, about the collaboration between media outlets – the New York Timesand the Guardian – in printing US surveillance leaks by whistleblower Edward Snowden.

Press TV: Mr. Street, what can the UK government do now to prevent more documents from being leaked?

Street: There’s a problem here, I mean, for them and it’s good. If this is true, that the [New York] Times is going to begin to collaborate with the Guardian, it’s a problem for the UK because the United States through all its many authoritarian “problems” does have a First Amendment and it doesn’t have a state secrets law as England does. There’s going to be a kind of protection and a platform to the Times if this really does come to fruition that there’s going to be a real problem for them.

Press TV: How much do you think the New York Times is going to push forward with these leaks and documents?

Street: Edward Snowden was initially unwilling to go to theTimes despite the fact that some Times reporters like Charlie Savage were somewhat on the trail of this story because his record, frankly, hasn’t been particularly good. One thing that Snowden mentioned in particular was that they refused to report in a timely way George W. Bush’s warrantless wiretapping in 2004, and delayed that story until after the presidential election.

This time is seems possible that they are going to provide some assistance to the Guardian and actually play some of their real role as a state because Obama – this administration has gone beyond any administration in recent memory in attacking not just civil liberties in general but particularly press freedom, as we know from earlier phases with the Washington Post and other media.

So, they’re really stepping on the toes of outfits.

Press TV: How much can these leaks force the UK and the USA to re-shift how they control the media? -More radical restrictions, perhaps?

Street: I would imagine that that’s certainly to be expected and a much closer watch on the release of information. We’ll probably see a rollback of the already limited amount of material we’re able to garner from whistleblower “history”.