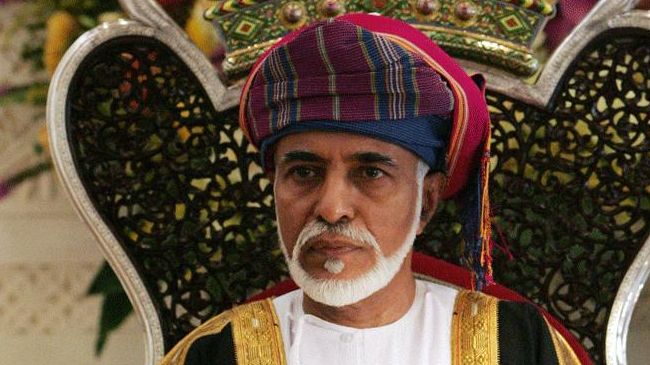 DUBAI: Oman’s Sultan Qaboos on Sunday began the first visit to Iran by a foreign leader since moderate President Hassan Rouhani took office and Iranian media said his trip might be an effort to mediate between Tehran and Washington.

Oman, a Gulf Arab state that maintains unusually friendly ties with both the United States and Iran, has previously been an important go-between for the two countries that severed diplomatic relations in 1980 and are in a protracted stand-off over the disputed Iranian nuclear programme.

The West suspects the Islamic Republic is working to develop a nuclear arms capability, an accusation Iran denies, and has brought about increasingly strict international sanctions against Tehran.

President Barack Obama’s administration has said Washington is open to direct talks with Iran to resolve the nuclear and other disputes, and Iranian officials have not ruled them out.

The landslide election of Rouhani, who took office on Aug. 3, has raised hopes of a negotiated settlement to the nuclear dispute and an end to sanctions that have halved Iran’s oil exports since 2011 and put immense pressure on the economy.

“It can be guessed that the Sultan of Oman’s trip to Iran can mean that afterward this country, instead of playing the role of mediator in relation to Iran and America, wants to play the role of host for these two countries with regard to negotiations,” Qassem Mohebali, an Iranian analyst on the Middle East, wrote in the reformist Bahar newspaper on Sunday.

Oman helped broker the release of three American hikers detained in Iran in 2011 and an Iranian scientist held in California on charges of violating U.S. sanctions this year.

Iranian Foreign Minister Mohammad Javad Zarif sought to play down reports that Qaboos was visiting Iran with a message from the White House.

“We are not aware that the Sultan of Oman will be carrying a particular message for our country,” Zarif was quoted as saying on Sunday by ISNA news agency. Rather, bilateral relations and regional issues would be on the agenda, he said.

Mehran Kamrava, director of the Center for International and Regional Studies at Georgetown University in Qatar, said Qaboos’ visit indicated Iran was coming out of the “isolationist mode” it had adopted under Rouhani’s predecessor Mahmoud Ahmadinejad, who was known for bellicose rhetoric on the international stage.

“Oman is one of the few Arab countries with which Iran has had consistent and regular good relations,” Kamrava said. “Whether the Sultan of Oman is bearing a message or not is something we won’t know until somewhat later, but certainly countries like Oman could play a very important intermediary role between Iran and the United States.”