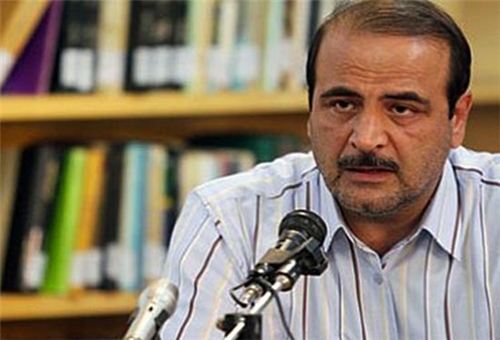 Former Iranian envoy warns US, Israel of dire consequences of war against Syria

TEHRAN (FNA)- Former Iranian Ambassador to Jordan Mohammad Irani warned the US and Israel against the dire consequences of military intervention in Syria, and said a war on Syria would spill over into the entire Middle-East.

“Now the conditions aren’t ripe for the US military intervention (in Syria),” Irani told FNA on Sunday.

Asked about media reports on coordination between Washington and Tel Aviv for launching an invasion of Syria, he said, “Carrying out new operations by Israel is not unlikely, but Tel Aviv should consider the fact that it is more vulnerable than the US and other western states which may enter the Syrian crisis with their naval fleets.”

Irani underlined that Israel should be aware of the vital consequences of waging war on Syria and realize that Damascus and its allies will retaliate against foreign aggressions, which will eventually exacerbate the crises in the Middle-East.

His remarks came after US Defense Secretary Chuck Hagel claimed that the White House is studying different military options against Syria.

Hagel suggested Saturday the Pentagon is moving forces into place ahead of possible military action against Syria, even as President Barack Obama voiced caution.

The Pentagon was apparently hard at work coming up with these new plans and new targets, even though Joint Chiefs chairman Gen. Martin Dempsey had only two days prior warned against military involvement, and now has the cruise missiles ready to go, just waiting for presidential approval to launch the attack.

Now officials seem closer than ever to starting a war, and though President Obama did insist there would be “no rush” to attack Syria, there seems to be a renewed Congressional push to get the jump on Syria by not waiting for any pesky evidence to support their claims and just attacking outright.

With NATO allies France and Turkey already on the bandwagon and the Pentagon now having cruise missiles ready to go at a moment notice, it will be awfully easy for the administration to start attacking and argue that it was a “compromise” compared to some other, even bigger attack.

The case for that already seems to be getting laid out by the White House, which insists that they don’t envision “boots on the ground” during any potential military intervention.

What sort of attack that would mean remains to be seen, but officials have often discussed setting up “buffer zones,” nominally for humanitarian reasons but primarily to give Syrian rebel factions a place from which to launch attacks with impunity.

At the same time, any military intervention that seriously changes the situation on the ground will run into the same problem that has repeatedly been pointed to, that of the rebels’ dominance by Al-Qaeda allies. This means that any attack that harms the Assad government too much risks bringing a jihadist faction into power that will be even more hostile toward the US.