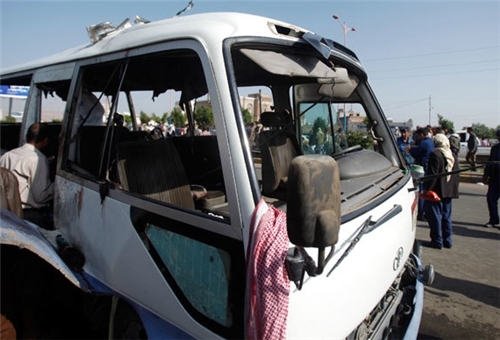 TEHRAN (FNA)- At least six Yemeni air force personnel were killed after a powerful blast struck a bus transporting them to their base in Sanaa on Sunday, a security official said.

A bomb planted on the bus exploded while the vehicle was travelling on the road leading to Sanaa international airport, which is adjacent to the base, the official said, AFP reported.

Witnesses said body parts of the dead were blown out of the vehicle.