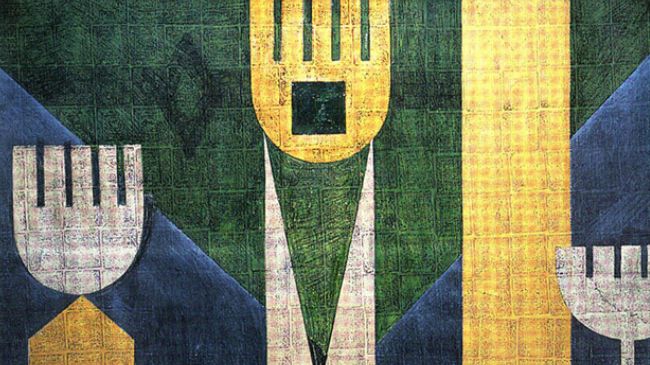 A collection of art pieces created by a number of artists belonged to the Saqqakhaneh Art Movement has been displayed at Tehran Museum of Contemporary Art (TMCA).

The exhibition kicked off during a ceremony held at the museum, while a number of Iranian officials in culture attended the gala.

About 100 art pieces created by the artists who are the members of Saqqakhaneh Movement have been showcased at the event.

The masters of the Saqqakhaneh School have taken Iranian folk art and literary traditions beyond their original context, producing a style of intermediary art mixing Western and Persian artistic conventions.

The term ‘Saqqakhaneh’ was first used to refer to a contemporary art movement in Iran established in 1962.

Saqqakhaneh was initially associated with the works of artists, both paintings and sculptures, which used already existing elements from votive Shia art in their own modern work.

The exhibition that kicked off on August 21 will run until November 12, 2013.