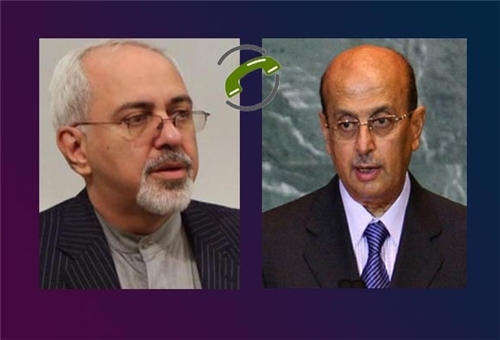 The Yemeni foreign minister, in a phone conversation with his Iranian counterpart, facilitated him on his appointment as the new foreign minister of Iran, and expressed hope that his government’s efforts to release the kidnapped Iranian diplomat would bear fruit and he would be released soon.

Zarif, for his part, appreciated Yemeni government’s efforts to this end and expressed hope that with more serious efforts of Sana’a, the kidnapped Iranian diplomat would be released as soon as possible.

Iranian charge d’affaires to Sana’a Morteza Abedi said that Nikbakht worked in the administrative section of the Iranian embassy in Sana’a.

A Yemeni security officer said in early August that al-Qaeda militants are suspected of having abducted the Iranian diplomat.

The Yemeni foreign minister promised to launch a probe into the fate of the Iranian diplomat abducted in Sana’a.

In a telephone conversation with former Iranian Foreign Minister Ali Akbar Salehi late in July, al-Qirbi said the Yemeni government would make every effort to release the Iranian diplomat.

He added that initial measures have been taken to identify the abductors.