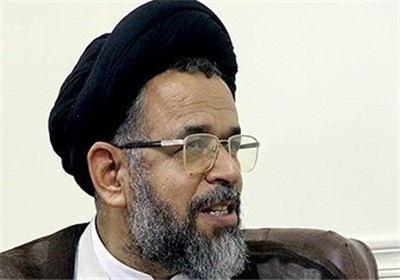 TEHRAN (Tasnim) – Iran’s minister of intelligence praised the high level of security in the country, and described Iran as a “safe island” in the world.

Speaking to reporters in Iran’s northeastern city of Mashhad on Friday, Seyed Mahmoud Alawi lauded the Iranian intelligence personnel for their constant efforts to provide the country with high levels of security, and said, “Iran has turned into a safe island in the world.”

Alawi’s remarks came a few days after the former Iranian interior minister, Mostafa Mohammad Najjar, said on Monday that Iran is among the safest countries in the world.

“Confidently, I announce that the Islamic Republic ruling system is among the safest countries of the world,” Mohammad Najjar said in his farewell ceremony at the time.

Earlier, Iranian Police Chief Brigadier General Esmail Ahmadi Moqaddam, too, had described security in Iran as “exemplary”, but at the same time warned that enemies are using different tactics to undermine the country’s security.

He stated that the high level of security in Iran came at a time that the enemies of the country have resorted to many tactics to target public opinion and equip terrorist groups.