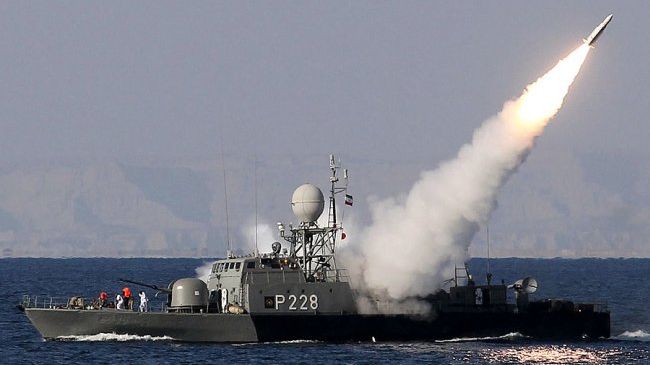 The deputy commander of the Iranian Navy says the Islamic Republic plans to increase the range of the missiles installed on its vessels.

“When a unit of naval vessel set sail at sea, it must have the ability to defend itself against aerial and missile attacks or it will be quickly destroyed… therefore, it must have defense capability against enemy fighters and missiles,” Rear Admiral Gholam-Reza Khadem Bigham said Saturday.

According to the commander, Iran is conducting tests to upgrade the range of Ra’ad (Thunder) and Mehrab (Altar) missiles, which can be mounted on vessels.

Iran also successfully test-fired the latest version of the indigenous surface-to-air missile Ra’ad during the Velayat 91 maneuvers in December 2012.

The Islamic Republic has held several military drills to enhance the defense capabilities of its armed forces and to test modern military tactics and equipment.