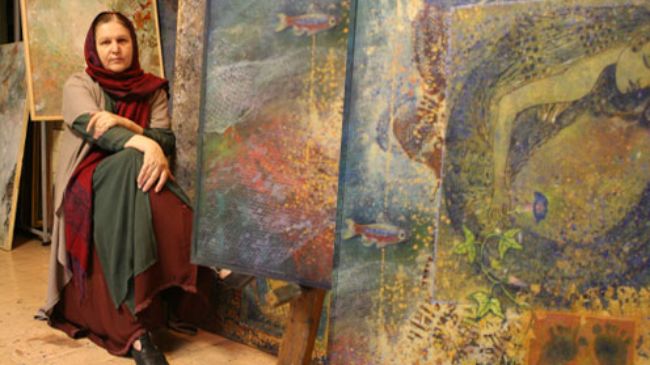 Gizella Sinaei’s paintings to be exhibited in Tbilisi

Iran-based Hungarian female painter Gizella Varga Sinaei is slated to showcase her works of art during an exhibition in the Georgian capital, Tbilisi.

The collection includes 10 large-size paintings that feature the life story of the artist in Hungary, Austria and Iran.

The paintings had been earlier exhibited in different countries such as Finland, Austria and Hungary.

During her exhibition in Hungary in 2011, Sinaei was honored with the Parallel Cultural Awards at the Hungarian Media Wave Festival for her achievements in connecting the two cultures.

Travel Diary is also scheduled to have exhibition tour in several other countries such as Dubai and finally in Iran.

Born in Hungary in 1944, Gizella is wife of the renowned Iranian filmmaker and music composer Khosro Sinaei.

She has held several art exhibitions and workshops in various countries across the world.

As a member of the Society of Iranian Painters, she has been also teaching for more than a quarter century.