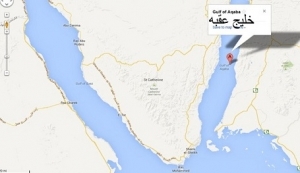 According to Al-Aalam, the Israeli Newspaper Yedioth Ahronoth revealed that the two sides reached agreement to build a sweet water plant in Aqaba Gulf and from there transfer the drinking water to Naqab Desert inside the occupied lands which eventually will reach Tel Aviv.

According to Ahronoth, Jordan must send drinking water from its southern border to northern areas of the occupied lands. The Gulf of Aqaba is situated in the Red Sea at the east of Sinai Peninsula, west of Arabian Peninsula, occupied Palestinian lands, Egypt and Jordan.

Aqaba Gulf, Jordan and Israel agreement over sending water to occupied lands, Quoted August 22, 2013
‘2.7 Million children under the age of 18 have a parent in prison or jail – we need criminal justice reform now’
After Manning’s verdict, no hope of fair trial for Snowden in US: Lawyer