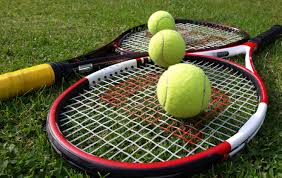 In May, the Iranian tennis referee Adel Borghei received confirmation that he had secured a coveted slot at the United States Open. “Congratulations,” the letter started.

Borghei booked his travel, obtained a visa and worked several other tournaments until he arrived in the United States. He was scheduled to start work at the Open on Tuesday, in the qualifying rounds. Instead, he is in Florida, in limbo, unable to fulfill what he described as a dream assignment because of United States’sanctions against Iran.

In an e-mail sent on behalf of Rich Kaufman, director of officials, the United States Tennis Association said “current United States law” prohibited the Open from “retaining the services of a resident of Iran.” The e-mail included an apology and expressed a hope that Borghei could work a future Open.

“This should not be about politics,” Borghei said in a telephone interview. “That’s what I have a problem here with. I don’t want to talk about politics. But they’re mixing up politics and sports.”

Borghei has refereed or umpired tennis tournaments in more than 30 countries. He worked an Australian Open final and seven Wimbledon tournaments. He obtained certification at the bronze badge level for a chair umpire and at the silver badge level for a referee (gold is the highest level for both).

The problem, it appears, is with his visa. In general, retaining the services of a resident of Iran is prohibited in the United States, unless authorization can be obtained.

“The U.S. Open would be authorized, for instance, to import the services of an Iranian referee” under certain visa categories, a Treasury Department spokesman wrote in an e-mail. Such categories would include “aliens with extraordinary ability” and “athletics, artists and entertainers.”

Borghei has a more basic visitor’s visa, which would not fall under the category of general authorization. Gaining authorization would require another application, or an appeal, or more red tape, according to two people familiar with the sanctions against Iran.

Farhad Alavi, a partner at Akrivis Law Group in Washington and an expert in United States sanctions, said the approach taken by Open officials was based on a strict interpretation of the applicable laws. He said it highlighted how those laws have created unintended consequences for people like Borghei who are far from the political realm.

“This case does show the personal impact this is having on a lot of individuals,” Alavi said in a telephone interview. “Politics are crossing into everything, even something as universal as sports. We sometimes forget these things do impact people.”

Alavi said Borghei could appeal directly to the Office of Foreign Assets Control and that the process could be expedited in time for the Open, where the main draw begins Monday and will continue for two weeks.

Borghei, 32, was a tennis player before he became an umpire. He said he was certified in Iran in 2000 and then began to work his way up. From January until now, he refereed all over the world, in Australia, Japan, South Korea, the Netherlands, Poland, British Columbia and then in Montreal for the Rogers Cup, a Masters Series event.

That was where he received the letter saying he could not work the Open. He contacted an Olympic committee in Iran. He tried to reach lawyers. He attempted to get more details from United States Open officials, but said he received only vague answers in response.

Borghei is staying with a friend in Florida. He said he spent $2,000 to $3,000 to cover expenses after the tournament assignment was denied. But that, he said, is beside the point. He wants to work. He will wait until he can no longer appeal, until his options have run out.

“If all I cared about was the money, I wouldn’t come here. I wouldn’t be here now,” Borghei said. “I want to be in this tournament. I want to live the dream. This isn’t about money, or politics. It’s about tennis.”