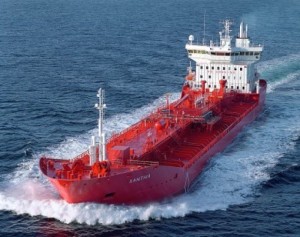 India has rejected an Iranian demand for a $1 million guarantee to free a tanker detained in the West Asian country since 13 August allegedly for polluting Iranian waters even as it is working on a strategy to break the deadlock, according to a top government official.

“We are not going to give them any guarantee that is meaningful,” said a top bureaucrat. “But, we will give Iran something so that they can exit from this.”

The issue was discussed by officials from the ministries of shipping, petroleum and natural gas, directorate general of shipping and Shipping Corp. of India Ltd on Wednesday.

“We are looking at some strategy to come out of this. But, we will have to do this very quietly,” the bureaucrat, who attended the Wednesday meeting said, indicating that the solution should not be seen to breach Western sanctions on Iran and would be a face-saver for both sides.

“What Iran has done (detaining the ship) is not legal,” added this person who did not wish to be identified.

A spokesman for the shipping ministry declined comment. Gautam Chatterjee, director general of shipping, was not immediately available for comment.

The Ports and Maritime Organization of Iran has asked for a $1 million guarantee from the ship’s insurer, The Steamship Mutual Underwriting Association (Bermuda) Ltd, as a condition for releasing the tanker. The guarantee could be used to pay for cleaning pollution caused by the ship.

“Giving the guarantee is an issue because of the sanctions,” a Shipping Corp. executive said. “The ship’s insurer cannot give the guarantee because sanctions are applicable.” He too asked not to be named.

The UN, US and European Union (EU) have imposed separate sanctions on the West Asian country, the world’s fifth-largest producer of oil.

MT Desh Shanti, a 2004-built double-hull tanker, was detained by Iranian naval authorities on 13 August while on her journey from Basra in Iraq to Visakhapatnam on India’s eastern coast carrying crude for state-run oil refiner Hindustan Petroleum Corp. Ltd.

The Ports and Maritime Organization of Iran could not be reached immediately for comment.

EU has banned the purchase, transport, finance and insurance of Iranian oil from 1 July 2012, reacting to its nuclear programme.

The 13-member IG Clubs, a London-based group, between themselves insures close to 95% of the world’s tankers against claims involving pollution damage and wreck removal.

“For Iran, this is a test case,” said a Mumbai-based shipping arbitrator who closely follows developments involving the country. “It will be interesting to see how this will be handled by The Steamship Mutual Underwriting in particular and other International Group Clubs in general. Even if this ship is released, Iran may create problems for other ships with false claims so that there will be pressure on the IG Clubs to act,” he said asking not to be named.