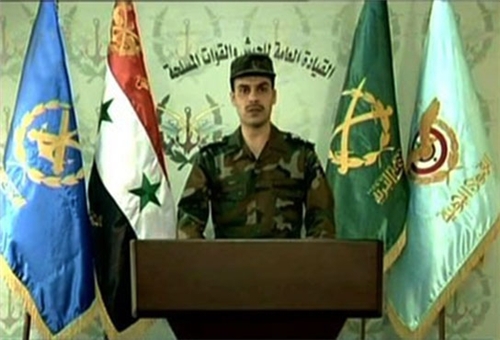 TEHRAN (FNA)- The central command of the Syrian Army strongly rejected some Arab media allegations that the army has used chemical weapons in Damascus Countryside.

In a statement issued on Wednesday, the General Command of the Army and Armed Forces dismissed the allegations as “completely baseless” and “untrue”, stressing that the report is part of the dirty media warfare on Syria.

The General Command reiterated its commitment to fulfilling its national and constitutional duties of combating terrorism everywhere in Syria as part of its duty to protect the country and its citizens.

The statement said that the allegations of terrorist gangs and the channels that support them about the Syrian Army’s use of chemical weapons constitute a desperate attempt to cover up the defeats they are suffering on the ground, and that these allegations reflect their hysteria, disorder and breakdown.

The General Command called upon those who bear arms against the state to turn themselves in to the authorities before it’s too late.