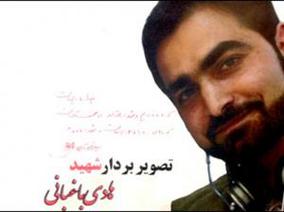 Iranian journalist and documentarist Hadi Baghbani has been killed by foreign-backed Salafi terrorists near the Syrian capital, Damascus.

Baghbani was slain by the members of the al-Qaeda-linked al-Nusra Front in a suburb of Damascus on Tuesday.

The Iranian journalist had traveled to Syria to make a documentary about the ongoing crisis in the country.

It is not the first time that a member of media comes under attack by the foreign-sponsored militants in Syria.

Press TV correspondent Maya Naser was shot and killed by a militant sniper while reporting live on September 26, 2012. He was being accompanied by Hossein Mortada, who was also injured in the attack.

Syria has been gripped by deadly unrest since 2011. According to the United Nations, more than 100,000 people have been killed and millions of others displaced in the violence.

According to reports, Western powers and their regional allies, especially Qatar, Saudi Arabia, and Turkey, are supporting the militants operating inside Syria.