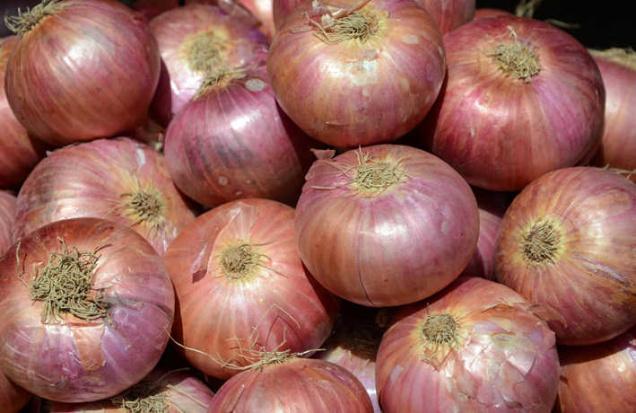 Cooperative major Nafed on Wednesday floated a global tender for import of undisclosed quantity of onions from Pakistan, Iran, China and Egypt to boost domestic supply and curb prices, which have again risen back to Rs 70-80 per kg in most retail markets of the country.

Retail prices jumped back to Rs 70-80 per kg, up by 10 per kg from Tuesday’s level. Wholesale prices too rose at the same pace to 45-55 per kg in the national capital and other states.

“Nafed is interested to import onions from Pakistan, Iran, China and Egypt. Interested parties having experience in importing onions may specify the quantity that can be offered and rates on cost and freight per tonne along with final rate per tonne in INR for delivery,” the cooperative said.

The last date for submitting the offer is August 27.

Global traders will have to import fresh onions grown in 2013 on behalf of NAFED and the shipment to Delhi should be effected in a week’s time after confirmation, it said.

Imported onions from these countries should be of good quality and completely free from fungus infestation and attack by insects and moulds.

Nafed has sought phytosanitary and fumigation certificates issued by a Competent Authority of the exporting country certifying onions are fumigated with Methyl Bromide are free from smut, dry rot and maggot.

Onion prices have skyrocketed since last fortnight as the crop in Maharashtra, the largest growing state, is expected to be lower due to drought in some parts. Besides, supplies from other growing states like Rajasthan, Madhya Pradesh, Andhra Pradesh and Tamil Nadu are not coming as rains have affected transportation and logistics.

To control rising prices, the government had imposed a minimum export price (MEP) of USD 650 per tonne and had directed cooperative major Nafed to import onions.

Onion prices are likely to be under pressure till October when the new crop is expected to hit the market.

According to the Nashik-based National Horticultural Research and Development Foundation (NHRDF), the area under onion crop is down by 10 per cent from 10.87 lakh hectares this year.