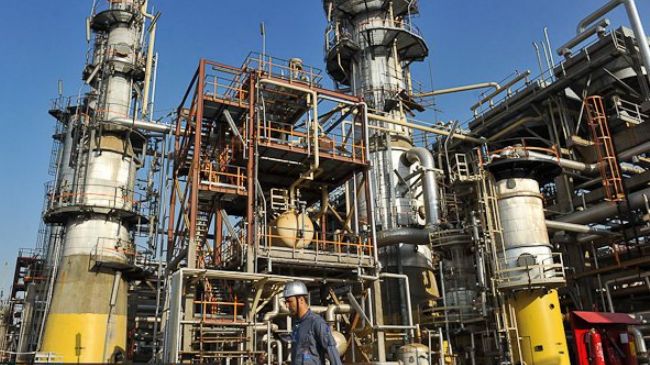 TEHRAN (FNA)- The growing gasoline consumption and the cost-ineffectiveness of its imports for economic and security reasons have prompted the new Oil Minister, Bijan Namdar Zanganeh, to prioritize production of this strategic energy carrier, the oil ministry said.

With the formation of the administration of President Hassan Rouhani and his special economic outlook to increase productivity in the different sectors of the oil industry which is the engine of Iran’s economy, acceleration of effective and lucrative projects like Persian Gulf Star Refinery have topped the agenda, the website added.

Persian Gulf Star Refinery is projected to produce three 120,000-barrel trains. Its construction started in 2003 with a capital investment of 1.6 billion dollars. The refinery will be able to raise the country’s gasoline production by nearly 35 million liters. The facility will supply domestic needs and will also make Iran a leading exporter of gasoline.

The average daily gasoline consumption stands at 64 million liters while the country’s output is nearly 61 million liters a day. Therefore, gasoline production facilities like the Persian Gulf Star Refinery will be instrumental to that effect.

Zanganeh, a veteran oil manager who started his term on Saturday, will focus on big refinery projects, including the Persian Gulf Star as part of his short-term plans, added the oil ministry.

Persian Gulf Star and similar refinery projects will help Iran meet its domestic needs and also become an exporter of this strategic product.