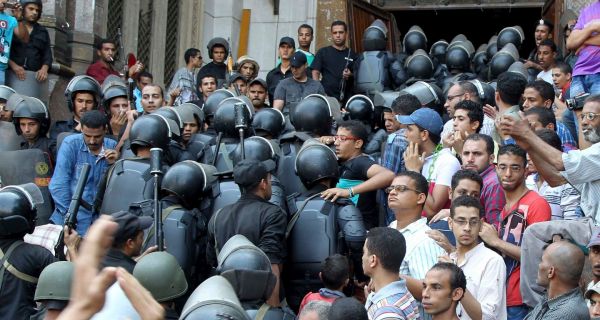 An Iranian lawmaker says continuation of violence in Egypt will turn the North African country into another Syria which has been grappling with over two years of foreign-backed turmoil.

“If the spiraling violence goes on in the land of Pharaohs (Egypt), we must definitely expect the emergence of radical Salafist forces and al-Qaeda in Egypt, which…will turn this country into another Syria,” said Ebrahim Aqa-Mohammadi on Wednesday.

Syria has been gripped by foreign-sponsored unrest since 2011. According to reports, Western powers and their regional allies are supporting the Takfiri militants, including al-Qaeda-affiliated extremists, operating inside the Arab state.

Aqa-Mohammadi, who is a member of Iran Majlis National Security and Foreign Policy Committee, further said the US had given the nod to the Egyptian army to foment a coup against the former president, Mohamed Morsi.

“The United States and the European Union hypocritically speak of cutting financial aid to Egypt, but they take no action. It proves their behind-the-scenes support for the actions of the Egyptian generals,” said Aqa-Mohammadi.

The Western countries and Saudi Arabia seek to kill nascent democracy in the Arab country, said the Iranian legislator.

Egypt plunged into a fresh wave of unrelenting violence since July 3 when the army toppled Morsi, the first democratically elected Egyptian head of state. The army also suspended the constitution and dissolved the parliament.

Scores of protesters, mostly Morsi’s supporters, have been killed in the turmoil.

On August 14, the Egyptian army launched a bloody crackdown on two camps erected by pro-Morsi demonstrators in Cairo, killing nearly 600 people in a single day, the bloodiest in the North African country’s recent history.