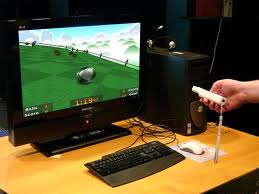 The foundation aims at holding talks with representatives of foreign computer games companies to draw investment and marketing for influential presence of Iranian games in global scene, negotiate with director general of European game-makers federation to introduce Iran’s capabilities and potentials of games industry as well as exchange information in the area.

The foundation plans to prepare catalogs to introduce Iran’s game industry. It has also taken part in the GDC Europe 2013 and European game-makers conference.

European game-makers conference is the biggest professional game event in Europe, held on August 19-21 in Germany along with Gamescom.

European game-maker conference has made a good chance for computer, mobile, social and online games activists to exchange information.

The 5th international Gamescom is scheduled for August 21-25.