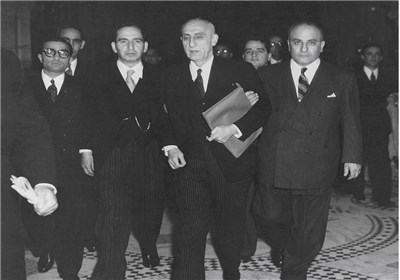 TEHRAN (Tasnim) – British diplomats tried to convince their US counterparts to suppress “very embarrassing” details of MI6’s role in the 1953 coup in Iran, new documents revealed.

Foreign Office records from 35 years ago show elaborate efforts by the British embassy in Washington to keep secret Britain’s part in the overthrow of Iran’s democratically-elected Mosadeq government.

The US academic behind the disclosures told The Daily Telegraph that even today, 60 years after the coup, Britain may still be working behind the scenes to hide details of the secret mission known as “Operation Boot”.

Malcolm Byrne, deputy director of the National Security Archive at George Washington University, said he believed British diplomats were still working to conceal MI6’s activities from more than half a century ago.

“Sixty years after the coup we are still not able to get a full picture of the role played by British and American intelligence,” he said. “It appears the reason is that history and current politics are intersecting and the British are still reluctant to have their role acknowledged.”

The covert action in 1953 by MI6 and the CIA toppled Mohammad Mosadeq, Iran’s prime minister, in retaliation for his decision to nationalize British oil assets in the country. Mr Mosadeq was replaced by autocratic rule by the Shah of Iran.