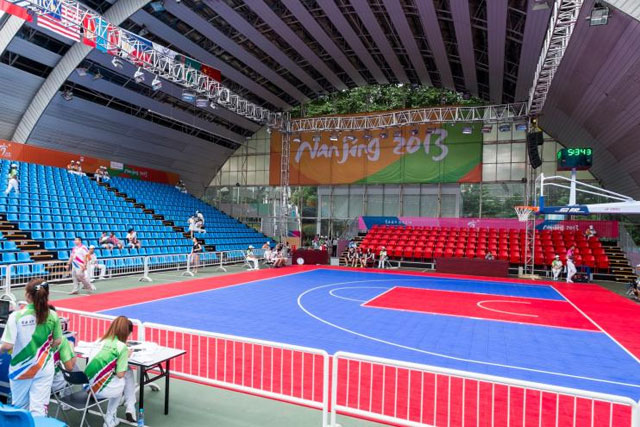 NANJING, China — The Philippines sailed into the quarterfinals of 3×3 basketball with a 21-10 victory over Maldives late Sunday.

George Isaac Go, Patrick Ramirez and Andrei Caracut continued to play well in their first tournament together as they scored their third victory in as many games.

The Philippine trio, which earlier beat Indonesia, 10-8, and Saudi Arabia, 14-10, at the Wutaishan covered courts, takes a two-day rest before facing Iran on Wednesday.

“Iran has a tall player and will be tough to beat. But our players are more skillful playing 3-on-3. In 3-on-3 you don’t rely too much on plays,” said coach Nic Jorge.

“Besides, Iran almost lost to Bangladesh here, winning only in overtime. That may be a good sign for us,” said Jorge, a huge basketball figure back home.

If they get past Iran, a semifinals encounter with Chinese-Taipei is highly-possible. In the medal rounds, the most likely opponents are South Korea and China.