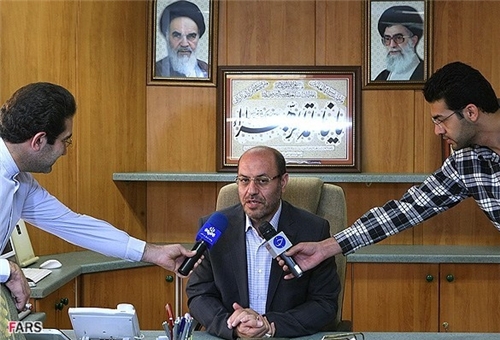 TEHRAN (FNA)- Iran’s new Defense Minister Brigadier General Hossein Dehqan underlined that he is determined to enhance the country’s defense capabilities during his tenure in a bid to defend the country against possible foreign threats.

Brigadier General Dehqan made the pledge in his message issued on the occasion of the Defense Industry Day on Tuesday.

“Upgrading defense capabilities and deterrence power (of the country) to defend the country’s sovereignty, territorial integrity, national interests and security, exercising effective confrontation against foreign threats, and establishing a regional balance constitute the roadmap of the Islamic Republic’s defense industry movement till reaching the desired destination,” Dehqan said in a statement on Tuesday.

Dehqan termed the Iranian defense industries as a symbol of power, might, progress and self-sufficiency of the Islamic Republic.

Earlier this month, former Iranian Defense Minister Brigadier General Ahmad Vahidi underlined the high level of the Iranian Armed Forces’ might and clout in regional and international arenas, and praised the ministry’s staff for the efforts they have made to this end.

In a meeting with the ministry personnel at the end of his mission as defense minister, the Iranian commander said the present status of the Iranian Defense Ministry, both at regional and international levels, has been achieved through the efforts of its staff members.

In relevant remarks in October, Supreme Leader of the Islamic Revolution Ayatollah Seyed Ali Khamenei described the Iranian Armed Forces’ full preparedness as a major deterrent to enemy attacks, and meantime stressed that the country will not step back in case of any foreign aggression.

“Because of their Islamic teachings, Iranian nation are not the men of aggression and invasion but they will not fall short of confronting any aggression,” Ayatollah Khamenei said, addressing Iranian military units in Northeastern province of North Khorassan at the time.

The Leader lauded Iran’s high military preparedness, and stated, “The only reason the power mongers’ motivation for waging war has downgraded or getting weakened is the general readiness of Iranian nation and the defense readiness of the armed forces.”

The Leader said general readiness of Iranian nation, especially the youth, is today in the highest possible level compared to the past and the armed forces are more prepared and more powerful than the past.