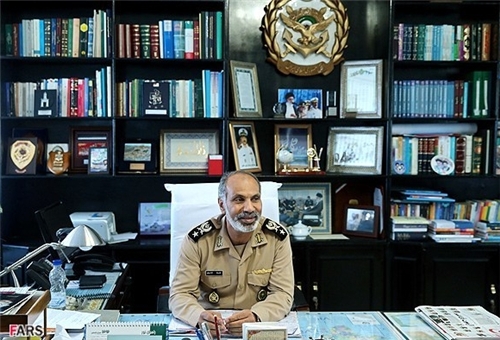 “At present, the Navy is in possession of drones in proper sizes and with good range that are used for our intelligence domination in the region,” Khadem Biqam told FNA on Tuesday.

In recent years, Iran has made great achievements in its defense sector and attained self-sufficiency in producing essential military equipment and systems, including the UAVs.

Commander of Khatam ol-Anbia Air Defense Base Brigadier General Farzad Esmayeeli announced in June that Iran plans to display a new UAV with features and capabilities similar, but more advanced than the home-made Sarir (Throne) drones in the near future.

“The new drone named ‘Haazem 3’ enjoys the capabilities of Sarir and will be unveiled on September 1 (on the occasion of the Air Defense Day),” Esmayeeli told FNA.

He further elaborated on the features and capabilities of Sarir, and said the UAV is capable of flying from all sides of its nose, enabling it to make sudden left to right moves.

He added that the drone also has a high capability in identifying and imaging targets.

Esmayeeli pointed to the missile ammunition of Sarir, and said, “These missiles enable Sarir to confront and combat multiple targets, including invading UAVs.”

In relevant remarks in April, Esmayeeli had informed the media that Sarir is a long-range, long-endurance radar evading air defense drone.

“Sarir is capable of carrying cameras and air-to-air missiles and tens of this UAV have so far been produced and used,” he added.

In September, Iran announced that it has started using UAVs for its air defense units as part of its broader plans for strengthening the country’s air defense capability.

Speaking to reporters on the occasion of the National Day of Air Defense here in Tehran on September 3, Esmayeeli said Iran has equipped its air defense units with Haazem drones.