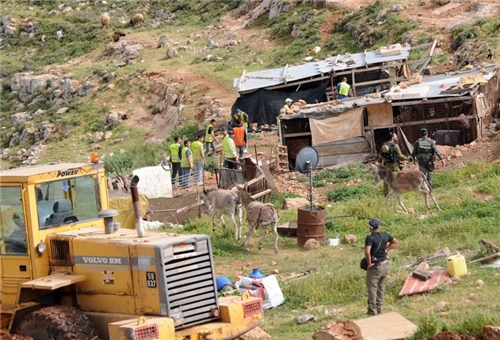 Israeli authorities surrounded the tents at dawn and evacuated 53 Bedouin residents of the community, destroying their tents.

Spokesman of the Kanan Bedouin village, Ali al-Kaabneh, told Ma’an that the community has been living there for over 50 years after being forcibly displaced from land between Hebron and Beersheba during the Nakba in 1948.

“Israeli authorities claim that the land belongs to them under the Absentees’ Properties Law, and on this pretext, they want to deport us from the area,” al-Kaabeh said.

There are frequent Israeli raids on the community.