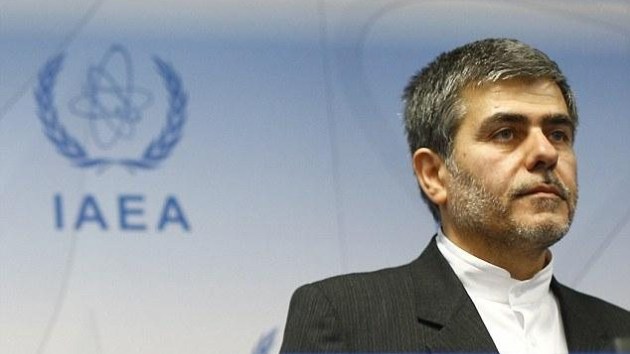 TEHRAN (FNA)- Former Head of the Atomic Energy Organization of Iran (AEOI) Fereidoun Abbasi Davani reiterated that the full control of the Bushehr Nuclear Power Plant will be delivered to Iranian experts only when the AEOI receives the required guarantees from the Russian contractor.

Asked about the exact time of the plant handover to Iran, Abbasi Davani said the Bushehr Power Plant would not be handed to Iran as long as the AEOI has not received the needed guarantees.

The Nuclear Safety and Security Department of the International Atomic Energy Agency (IAEA) in a recent visit to Iran approved the standard safety levels of all Iranian nuclear sites and installations, and lauded the country’s measures and special efforts in this regard.

“I, as the head of the (inspection) team, assure the Iranian society that Iran’s installations are safe…,” Mykolaichuk added.

She also stressed that her team has visited the Bushehr nuclear power plant in Southern Iran and inspected the safety and security control system at the installations.

Earlier in October 2011, the Iranian Foreign Ministry said that the precautions and safety measures adopted in connection with the Bushehr nuclear power plant are of paramount importance and Tehran would never prioritize high speed in the completion of the long waited nuclear plant over safety issues.

“Our priority is providing safety for the plant rather than its quick launch,” the Iranian Ministry said at the time, adding, “Safety issues of the plant are important to us.”

Internationally the IAEA works for the safe, secure and peaceful uses of nuclear science and technology.

Nuclear safety covers the actions taken to prevent nuclear and radiation accidents or to limit their consequences. This covers nuclear power plants as well as all other nuclear facilities, the transportation of nuclear materials and the use and storage of nuclear materials for medical, power, industry, and military uses.

In addition, there are safety issues involved in products created with radioactive materials.